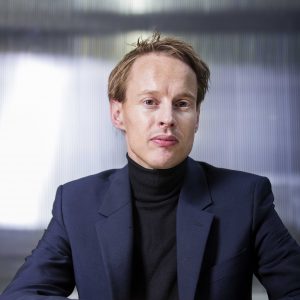 Since it was founded in 2007, the design lab has aimed to design "landscapes of the future" by building smart sustainable prototypes for the cities of tomorrow.

The studio's work has been exhibited globally, including at the Tate Modern, Amsterdam's Stedelijk Museum and the Tokyo National Museum.

Roosegaarde is a visiting university professor. He also discusses his concepts at international conferences, including the World Economic Forum, where he was named a young global leader.