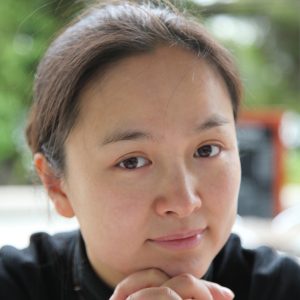 Huang trained as an architect at Tsinghua University and gained her masters in architecture from Princeton University in 1999.

She co-founded Open Architecture with Li Hu in New York in 2003 and established the studio's Beijing office in 2008. The studio’s projects have included Tank Shanghai, Chapel Sound and UCCA Dune Art Museum, which was highly commended for cultural building of the year at Dezeen Awards 2019.

The Chinese architect was named Designer of the year 2019 by IDEAT and one of the 50 under 50: Innovators of the 21st Century.

Huang is also a visiting professor at Tsinghua University and Central Academy of Fine Arts in China. Huang and Li have recently published two books titled Towards Openness and Open Reaction.