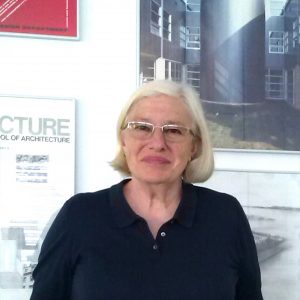 Susana Torre is an Argentine-born American architect, critic and educator, based in New York City and in Carboneras, Almeria, Spain.

Torre has developed a career that combined theoretical concerns with the actual practice of building and architectural and urban design with teaching and writing. She was the first woman invited to design a building in Columbus, IN, a town internationally known for its collection of buildings designed by prominent architects.

In 1977 Torre organised and curated the ground-breaking exhibition of American women architects, and edited the book Women in American Architecture: A Historic and Contemporary Perspective. The exhibition opened at the Brooklyn Museum and traveled across the United States for ten years and to the Netherlands, pioneering work in this field. Torre's architectural and design practice is based upon an intense theoretical, ethical, and civic sense of architecture and urban design. Her buildings and theoretical projects bring together cultural, social and regional themes. Torre's designs have encompassed a range of scales; from her book cover for Lucy Lippard's From the Center to her park proposal for Ellis island, New York Harbor, they have included building renovations, residential design and public buildings. One of her best-known projects is Fire Station Five in Columbus, Indiana, the first firehouse designed specifically to integrate women in the firefighting force.

This and other award-winning designs have been published in the US, Latin America, Japan, France, Italy, Germany, Spain and Australia and are included in standard reference sources such as Encyclopedia of 20th Century Architecture, Contemporary Masterworks, Contemporary Architects, and Dictionnaire de l’Architecture du XXme Siècle. Torre's academic career includes positions as Director of the Cranbrook Academy of Art (1994-95); Chair of the Parsons School of Design Architecture and Environmental Design Department (1991-94); Director of the Architecture Program at Barnard College, Columbia University (1982-85) and teaching design, history and theory at Columbia University, Yale University, New York University (USA); The University of Sydney (Australia); the University of Buenos Aires (Argentina); and Kassel University (Germany). Torre has been invited to lecture about her work at over 160 universities and professional associations worldwide.