Folded aluminium panels create vertical and horizontal pleats across the walls of this music conservatory and concert hall completed by Japanese architect Kengo Kuma in the south of France (+ slideshow).

Located in Aix en Provence, the Darius Milhaud Conservatory buildings provide a new home for one of the oldest dance and music conservatories in France, first established in 1849.

Kengo Kuma – who has worked on several projects in France, including the FRAC contemporary art centre in Marseille and a cultural centre with a chequered facade in Besançon – was tasked with designing the organisation a new 7,000-square-metre facility housing teaching facilities and a 500-seat auditorium. 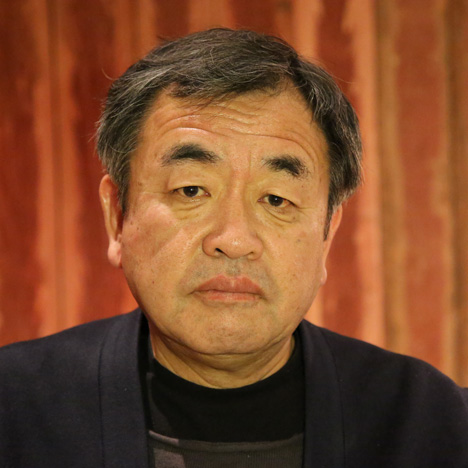 The architect chose aluminium for the outer walls of the entire complex, creating a unity between the new buildings. These are textured by a series of pleats that give a contrast of light and shadow to the muted grey surfaces.

"There is a big difference in elevation within the site, and its neighbouring land is also diverse. To solve such complexity, we chose aluminium as a single material for each facade, to be folded in part according to the face," explained the design team.

"The main element of the facade here, therefore, is light and shadow, instead of the aluminium," they said.

In some places these raised elements function as louvres, helping to shade the facade and windows from direct sunlight.

According to the architect, the folds are also intended to evoke various associations, from the canvasses of French artist Paul Cézanne to the jazz-influenced scores of composer Darius Milhaud and the folded paper forms of origami.

"We also received an interesting remark that this facade evokes a musical score, the protagonist of conservatory," said the team.

Corners of the conservatory appear to have been sliced away, creating larger triangular sections of glazing. The largest of these provides the building's entrance.

Inside, it accommodates 62 teaching spaces that are divided up into six musical disciplines: strings and keyboards, wind instruments and voice, drums, ancient and traditional music, and jazz, and electro-acoustic music.

Many of these rooms feature timber surfaces, broken down into facets, louvres and stripes that improve acoustics, whilst creating a resonance with the pleated facade.

All images are copyright Roland Halbe and used with permission.