Movie: in the first of a series of exclusive video interviews, Alessi president Alberto Alessi explains why Richard Sapper's iconic 1978 coffee maker for the Italian brand is so important to him.

Sapper's rocket-shaped stove-top espresso maker, Alessi's first product for the kitchen, won the company's first Compasso d'Oro award in 1979 and would go on to be included in MoMA's permanent design collection in New York.

However, Alessi says that it is important to him for another very personal reason. 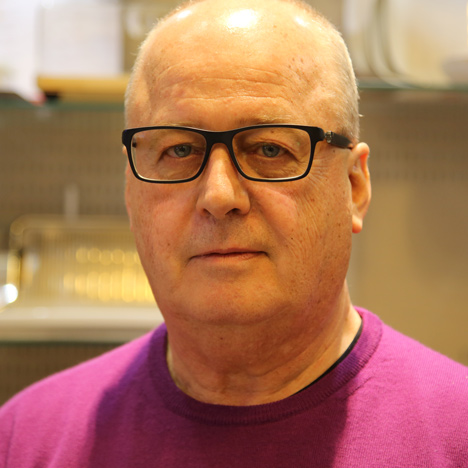 Sapper's version of the stove-top coffee maker has sold over 2 million units to date. But Alessi originally approached the German industrial designer to work on a different project.

"When I met Sapper it was because I was looking for a designer to design [some] very nice cutlery for Alessi," he reveals. "In the end we decided not to do the cutlery but to design a coffee maker."

Unlike the traditional Bialetti coffee maker, Sapper's version opens and closes with a lever action rather than a screw.

"This was the invention of Sapper, who always has to put a certain degree of invention in his products," Alessi says.

The first Alessi factory was founded in 1921 by Alberto's grandfather Giovanni Alessi in Valle Strona in the Italian Alps, where the company is still based.

Alberto's father Carlo Alessi took control of the company in the 1950s and began commissioning outside designers to create products for the brand, a practice Alberto Alessi continued when he assumed control in the 1970s.

"I started working in the company officially - meaning being paid - in 1970," he explains. "My father was already inviting outside designers to design for Alessi in the 50s and 60s, so what I did from the 1970s was to increase the number and, I hope, the quality of the designers involved."

This is one of a series of five movies with Alberto Alessi, in which he discusses some of the Italian brand's most iconic products. Look out for our movie about Richard Sapper's 9091 stove-top kettle tomorrow.