Standing at a height of 308 metres, the NEATT building, as it is known, is a centrepiece of the Songdo International Business District (SIBD) – a new city built from scratch on 610 hectares of reclaimed land. 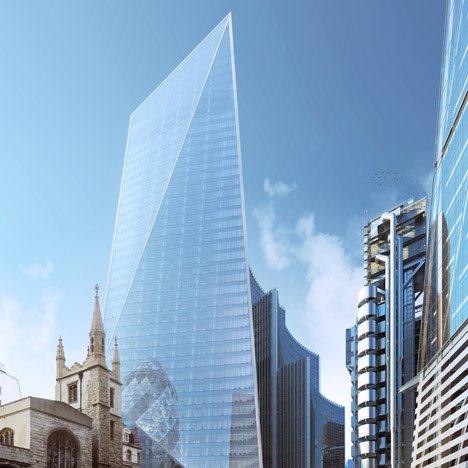 The structure of the skyscraper was completed in 2011, but the finishing of its interior was "put on hold" due to "financial complications during the recession", according to KPF.

"While the building appeared to be done externally, it wasn't entirely complete for operational purposes," a spokeswoman told Dezeen.

The tower features a faceted glass body that gently tapers towards the top, dividing the exterior up into a series of triangular planes. Inside, its 68 storeys accommodate offices, apartments and a hotel, each with their own entrance lobby.

It is one of the key projects in the Songdo development, which was initiated less than a decade ago on a stretch of desolate land along the waterfront near Incheon.

Originally scheduled for completion this year, the £20 billion city is currently about half finished and expected to be in place by 2018.

Other projects within the development include a green oasis modelled on New York's Central Park and the 487-metre Incheon Tower, still under construction.

The NEATT building was commissioned by New York developer Gale International and Korean steel firm Posco Engineering & Construction, who together are behind the entire Songdo development.

Like many of the towers in the district, the NEATT building's serviced apartments have sold well, but so far only half of the commercial floors have been let – another result of the global economic downturn.

Floors 34 to 64 will be occupied by hotel Oakwood Premier Incheon. All floors below are currently empty, although Posco subsidiary Daewoo International will move its own headquarters into floors nine to 21 by the end of the year.

Other features of the tower include high performance glazing and external shading devices, which help to reduce internal heat buildup.