Industrial designer Naomi Kizhner has developed a concept for an invasive jewellery collection that converts kinetic energy from the body's involuntary movements into electricity (+ slideshow).

Naomi Kizhner designed the Energy Addicts accessories in response to the world's impending energy crisis, looking for an existing energy source that is yet to be tapped in to. 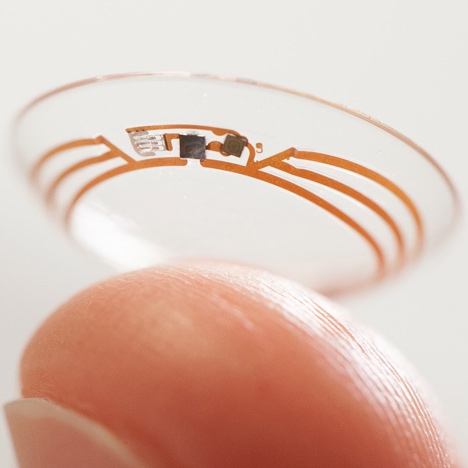 "It interested me to imagine what would the world be like once it has experienced a steep decline in energy resources and how we will feed our energy addiction," Kizhner told Dezeen. "There are lots of developments of renewable energy resources, but the human body is a natural resource for energy that is constantly renewed, as long as we are alive."

"I wanted to explore the post-humanistic approach that sees the human body as a resource," she added.

The pieces would be embedded into the surface of the skin to capture the energy of subconscious movements, such as the flow of blood through the veins and blinking, transforming it into a useable energy resource.

Made of gold and 3D-printed biopolymer, each design in the collection would be worn on different parts of the body to harvest energy from specific physiological functions.

Spikes at each end of the Blood Bridge would insert into a vein in two places on the lower arm, redirecting the blood past a wheel inside the casing. The blood flow would then turn the wheel to create movement that the device could convert into electricity.

The E-pulse Conductor would harvest energy directly from the electric pulses sent by the neurological system through the wearer's spine.

Sat on the bridge of the nose and across the eyelids, the Blinker would transform the energy generated during the opening and closing of the eyes into electricity.

"Technologically we are not too far away from these ideas becoming a reality," said Kizhner. "But practically speaking, will we be willing to sacrifice our bodies in order to produce more energy? My intention is to provoke a discussion."

"I hope that the project will make people think about the possibility that this could be their future, and make them think about whether it is the future they want or whether we can do something different today to avoid it."

Energy Addicts was created as part of Naomi Kizhner’s graduation project for her BA in Industrial Design at Jerusalem's Hadassah College.

Photography is by Shahar Tamir.