News: industrial designer Marc Newson is to join the Apple design team, where he will work alongside Apple's senior vice president of design, Jonathan Ive.

The move will bring together two of the world's most influential and admired designers, with Ive describing Newson as "extraordinarily talented". 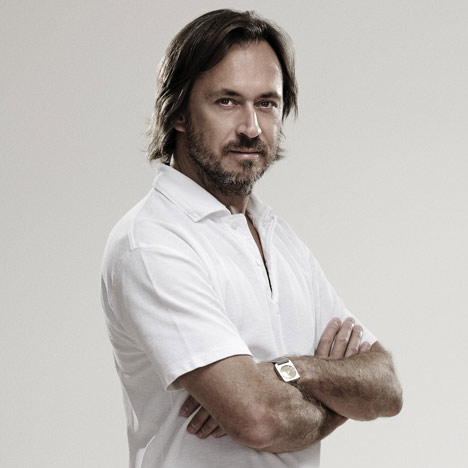 "Marc is without question one of the most influential designers of this generation," Ive told VF Daily, the website of Vanity Fair magazine. “He is extraordinarily talented. We are particularly excited to formalize our collaboration as we enjoy working together so much and have found our partnership so effective."

According to the site Newson will become an Apple employee. The Australian designer will remain based in London, where his studio is located, but will commute regularly to Apple's headquarters in Cupertino, California.

Ive and Newson are longstanding friends and last year collaborated on the design of a camera for Leica.

"I'm full of admiration and respect for the extraordinary design work that has been produced by Jony and the team at Apple," Newson said. "My close friendship with Jony has not only given me a unique insight into that process, but the opportunity to work together with him and the people that have been responsible. I am enormously proud to join them."

Dezeen Book of Interviews: Marc Newson features in our new book, which is on sale now

Newson has recently been outspoken in his criticism of the design industry, describing it as "really pathetic" in an interview with Dezeen earlier this year - although he was careful to exclude Apple from his critique.

"Frankly speaking, the design industry is really pathetic in terms of how it approaches manufacturing and how it brings things to market," Newson said. "I'm not talking about Apple, I'm talking about furniture designers and what happens during the Milan fair," he said.

Newson has a strong track record in designing clothing - notably for denim brand G-Star Raw - and accessories such as watches. Newson started designing and making watches in the eighties, creating extra-large timepieces that "pre-dated the trend for large watches by about a decade".

However Apple declined to comment on whether Newson would be working on the company's much-anticipated smart watch.

In a separate interview this year, Newson told Dezeen that product designers failed to understand the fashion and accessories market and that their attempts to design for them usually ended in failure.