Used to debut the new Polo women's line, the holographs were projected onto a water screen that towered above The Lake in Manhattan's Central Park at the event earlier this week. 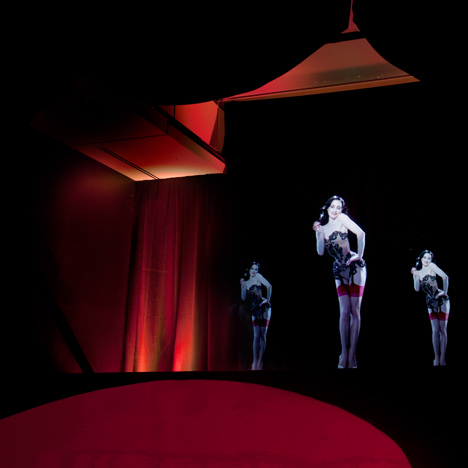 "I really wanted to do something big for the new Polo Women's brand — something set in the city — that felt modern," said Ralph Lauren.

"We returned to Central Park, a place I love, and captured the spirit of Polo with a truly innovative mix of fashion and technology."

A backdrop of hyper-realistic New York landmarks including the Brooklyn Bridge and the High Line were used in the sequence.

Models appeared to strut through brownstone-lined streets and green spaces, and at one point appeared on the balcony of a lighthouse.

Multiple elements of each shot were captured simultaneously to generate "4D effects".

The screen measured over 18 metres tall and 45 metres wide, and was viewed by spectators from the park's Cherry Hill lawn.

A public viewing of the show also took place in the same location the following day.

The show also celebrated the opening of the Polo brand's first flagship store in New York City, on the corner of Fifth Avenue and 55th Street.