Keiichi Matsuda's film will explore what it would be like to live in a world where digital information such as turn-by-turn navigation and road signage is superimposed onto the physical world via augmented reality. 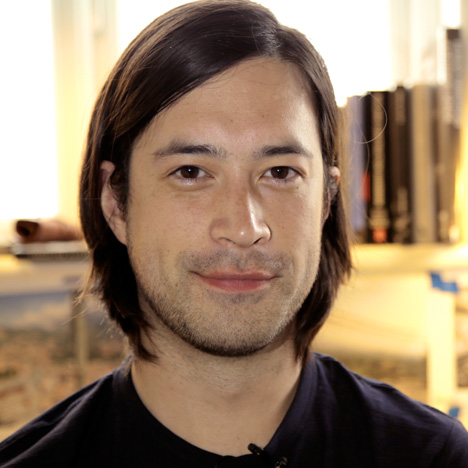 "The new film I'm making is an exploration of our future city, especially in the context of augmented reality and smart cities," Matsuda explains. "I'm trying to understand how these emerging technologies could work together to form a quite different picture of what the future city will look like."

Matsuda shot the film, which is part of a series of work called Hyper-Reality, in Medellín, Colombia.

"MINI gave us one of their new cars to be able to film the city," he says. "We used a GoPro camera on a head-mounted rig to film from the driver's perspective as they drive through the city."

Once he got back to London, the painstaking process of compositing the augmented-reality graphics onto the footage began.

"The first stage is called 'match moving', which allows you to have bits of graphics embedded in the scene and looking like they're really there," he says. "We then have to do rotoscoping, which is basically cutting out any elements that we want to put on top of the graphics."

Matsuda says he hopes the film will provoke debate.

"The idea is to create a polemical, critical piece about how emerging technologies are going to impact on our daily lives," he says. "I don't really believe in designing a utopia or a dystopia, because as soon as you make that decision you rule out any option for debate."