London Design Festival 2014: the new Galerie Kreo in Mayfair is showing furniture editions by designers including the Bouroullec brothers, Jasper Morrison, Konstantin Grcic and Jaime Hayon for its inaugural exhibition. 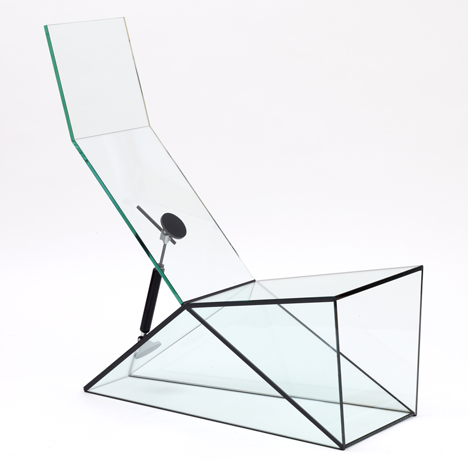 "The title considers the relationship between the contrasting and collaborative qualities of function and aesthetics," said a statement from the gallery, which was originally founded in Paris in 1999 by Clémence and Didier Krzentowski.

British designer Jasper Morrison's first gallery piece since 2006 is a solid oak desk with a bean-shaped top and cylindrical legs that are angled outwards toward the floor, named DOOW4L.

"When I lived in London, in the early 1990s, the old Routemasters were still in service," said Grcic. "They had a narrow spiral staircase in the back that connected the lower and upper deck... The title evokes fond memories I have for the city."

Five steps supported by vertical batons spiral around a central pole, to be used for reaching high shelves or sitting on and reading.

A series of mirrors by Jaime Hayon are shaped like animal faces, made from Murano glass and patterned with bevelled lines created using traditional techniques.

Editions of Hella Jongerius' UN Lounge Chair, designed for the revamped interior of the United Nations North Delegates' Lounge, and a floor lamp by Studio Wieki Somers with a fabric shade that has to be weighted to stand correctly are also included.

Galerie Kreo is located at 14A Hay Hill, W1J 8NZ. The exhibition opened today as part of London Design Festival, which concludes on Sunday, and will remain on display until 30 October.