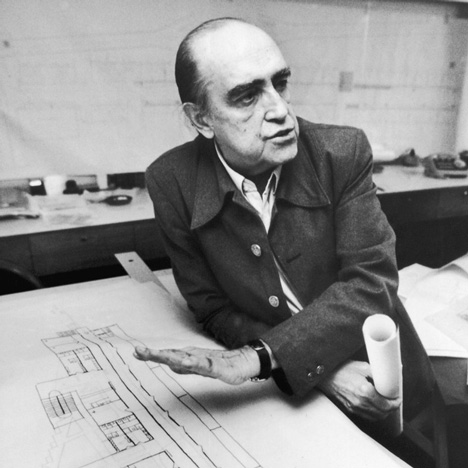 The gallery, which has outposts in New York, Los Angeles and London, is showcasing a selection of its own limited-edition pieces alongside rare one-off designs for the first time in Miami.

"I'm very excited and proud to be presenting a group of designers who truly represent the best of contemporary Brazilian design," said Espasso owner and curator Carlos Junqueira.

"This exhibit marks the first time we will be showcasing contemporary furniture in Miami and we are honoured that these designers are collaborating with us to create a major moment for Espasso."

Among items on display is a desk from the 1960s that was never put into production, designed by architect Oscar Niemeyer in a similar style to his Modernist architectural projects.

The debut re-editions of the Annette armchair and ottoman – by Polish-born architect Jorge Zalszupin, who moved to Brazil after the Second World War – also premiere at Espasso's exhibit. Both pieces are part of the ETEL Collection.

The last piece designed by architect Sergio Rodrigues before his death in September – an armchair named after his grandson Benjamin – is on display beside his first product: the Mocho stool.

Older pieces are on show among furniture from emerging Brazilian designers, including a one-of-a-kind rosewood Jacaranda bench by Zanini de Zanine, and a handmade chair with a smooth front and a spiky back by Carlos Motta.

Claudia Moreira Salles is showing a concrete and oak bench influenced by minimalist sculpture and Etel Carmona presents a 1930s-style stool made of alligator skin and wood.

Traditional and contemporary carpentry techniques were combined by Fernando Mendes and Julia Krantz to turn compressed wood for their Grude armchair.

Open until 4 January 2015, the exhibition is located in a double-height space adjacent to a roof terrace at The Shore Club – set to have its interior overhauled by Brazilian architect Isay Weinfeld, who is also displaying a cabinet in the space.

"With Isay Weinfeld designing The Shore Club, we could not think of a better location to premiere the exhibit," said Junqueira.