News: IKEA's flat-pack refugee shelters, which have now been tested in Ethiopia and Iraq, have been described by design critic Alice Rawsthorn as being part of "one of the most important design developments of the past decade" (+ slideshow).

The lightweight prototype shelter, developed by the IKEA Foundation alongside the UN Refugee Agency (UNHCR), was among the projects to receive an honorary award at the recent Swedish Design Awards, which were judged by Rawsthorn alongside Ross Lovegrove, Li Edelkoort and Giulio Cappellini. 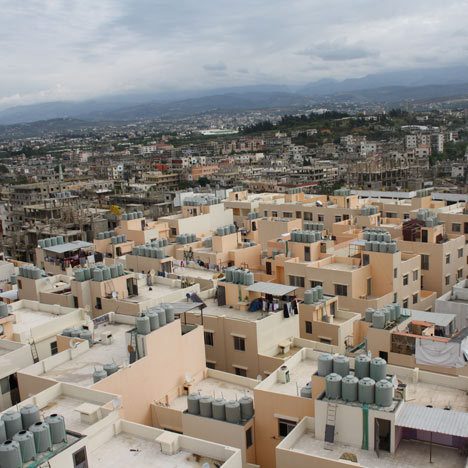 First launched in 2013, the Refugee Housing Unit (RHU) aims to offer the millions of children and families forced to flee their homes every year an alternative to traditional canvas ridge tents or more modern hoop tents, neither of which provide insulation or last more than a few months.

"The realisation that the people who need design ingenuity the most, the poorest 90 per cent of the global population, have historically been deprived of it, and the determination to address that, have been one of the most important design developments of the past decade," said Rawsthorn.

IKEA's shed-like shelters are made from polymer panels, laminated with thermal insulation, that clip onto a steel frame to create a 17.5-square-metre enclosure.

Like much of the Swedish homeware brand's furniture products, the structures are flat-packed into cardboard boxes. They can be assembled in four hours and include photovoltaic panels, providing enough energy to power the supplied light or to charge a mobile phone.

"The Refugee Housing Unit is an unusually sensitive and intelligent response that not only promises to provide sorely needed shelter for people in desperate circumstances, but also a robust and congenial place for them to live, possibly for several years, before moving on to permanent homes."

"So far the response has been very positive, unusually so in the intensely political sphere of economic development," she added. "Hopefully its success will encourage other companies and institutions to address humanitarian design with the same thoughtfulness."

The current prototype is over three metres wide and just under six metres long, with four windows and one door. It can sleep up to five people.

The project was launched in May 2013 for a two-year trial. The UNHCR is evaluating its success based on the personal, social and cultural expectations of its target occupants, its suitability to environment, and the logistics of its production and deployment.