News: Danish firm 3XN has shown the first images of its design for the new headquarters of the International Olympic Committee in Lausanne, Switzerland.

According to 3XN, the new administrative home of the organisation governing the Olympic Games will feature a "dynamic, undulating facade" and an "open and flexible" interior. 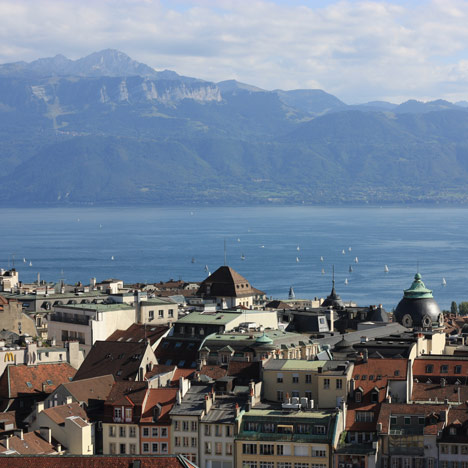 3XN chosen to design new Swiss headquarters for the Olympics

Olympic Unity House will consolidate the IOC's existing operations around Lausanne, creating offices for up to 600 employees on the edge of Lake Geneva.

"In recognition of the symbolism of the Olympic Games and needs of the organisation, we designed the new IOC headquarters around three key elements: movement, flexibility and sustainability," said Jan Ammundsen, senior partner at 3XN, whose previous projects include the Copenhagen headquarters of the United Nations.

3XN was selected in April to develop its design for Olympic Unity House, ahead of 11 shortlisted architects including OMA, Toyo Ito and Amanda Levete.

"With its dynamic, undulating facade, the building will appear different from all angles and convey the energy of an athlete in motion," added Ammundsen, explaining that the building's design will feature "as few structural constraints as possible".

"This open and flexible environment will adapt to multiple work styles now and in the future. Our design is also intended to encourage interaction, communication and knowledge sharing among staff."

The new headquarters will occupy a 24,000-square-metre opposite Château de Vidy, the historic home of the IOC. The design team say the structure will respect the legacy of the old building and the parkland setting.

Energy efficient systems will be integral to the design, including lake-water pumping, photovoltaic panels and daylight optimisation.