Choi + Shine Architects designed the Bit Light system so that users can easily increase or decrease the amount of illumination produced by adding or removing modules, without having to change the fixture. 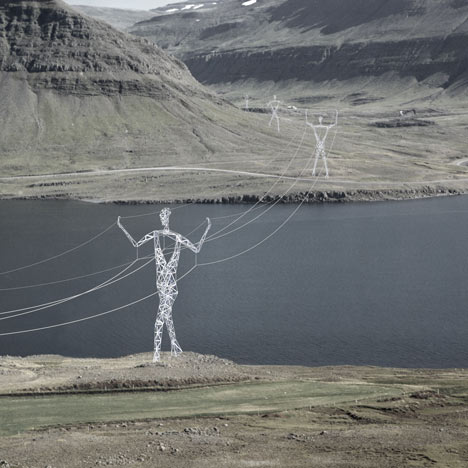 "We think it is unique, attractive and useful as it provides a new (and fun) way of altering the illumination level within a space."

The modules, or "Bits", contain LEDs that run in a strip through the middle of the translucent polycarbonate tubes, between magnetic conductors hidden beneath caps at each end.

These can be linked by multi-directional connectors with nickel-plated steel casings, which also have a magnetic conductor in each square arm.

The six-sided connectors accommodate a module on each node, so the lights can be arranged in straight lines or at 90-degree angles to each other into self-supporting configurations.

Electricity passes from one element to another through the connectors, which are used to link the system to the power source. Optional batteries within the plastic tubes can also power the lights.

"We have a terminal connector that is mechanically anchored to a fixed surface (typically the ceiling or wall), and hard-wired within the wall to 12-volt direct current (DC) power," explained studio co-founder Jin Choi.

Adding more modules, which each generate 460 lumens, creates sculptural lighting pieces as well as increasing the amount of light emitted.

"Each additional Bit increases the level of illumination and the possible number of variations in forms," said the architects, whose proposal for high-voltage pylons that look like giants features in our Dezeen Book of Ideas.

The lights can be mounted to a wall, ceiling or placed on a surface and controlled using a traditional switch. One electrical connection powers 12 joined Bits.

The team is currently developing more form, colour, material and connection options for the system, which has a patent pending.