News: Michael Graves' seminal Portland Public Services Building will be spared from demolition, despite being described as a "white elephant" and requiring an estimated $95 million for renovation.

Also known as the Portland Building, the 15-storey office block in Portland, Oregon, will continue to provide facilities for 1,300 of the city's employees with a redesign that will include input from the original architect.

"It’s going to be saved," Graves told the Architect's Newspaper Blog. "They told me… They said they are saving the building and not only that but we want you to sit on a committee for the redesign." Graves suggested that work could begin on the building in 2015. 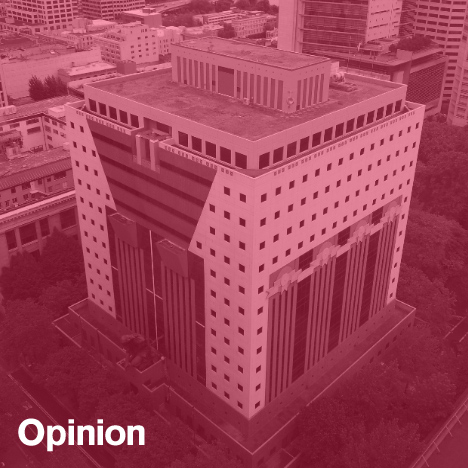 The AN Blog said that the news had been confirmed by Dana Haynes, communications director for Portland mayor Charlie Hales. Haynes said that the city's officials would begin to decide how much money and resource to allocate to the project during the annual capital budget process in January.

The Portland Building was completed by American firm Michael Graves & Associates in 1982 at a cost of around $25 million (£16 million) and is considered one of the most important buildings of the Postmodernism movement.

The building stands out in a city where the architecture is largely sedate and unadorned, with a teal, cream and salmon facade and a variety of decorative flourishes.

It was described by architecture historian Charles Jencks as "the first major monument of Postmodernism, just as the Bauhaus was of Modernism, because with all its faults it still is the first to show that one can build with art, ornament, and symbolism on a grand scale, and in a language the inhabitants understand."

The building was added to the USA's National Register of Historic Places in 2011.

Dezeen reported at the beginning of 2014 that it was being considered for the wrecking ball, following an analysis of the building's condition, which estimated that a full overhaul of the building would cost $95 million (£61 million).

The report also found that replacing the building or relocating the offices could cost anything between $110 million (£71 million) and $400 million (£257 million).

At the time, city commissioners branded it a "white elephant" and were considering pulling down both the Portland Building and a neighbouring courthouse to make way for a new public services development.

"My reaction is we should basically tear it down and build something new," long-standing commissioner Dan Saltzman told local newspaper The Oregonian, describing the building as "a nightmare for people who work there".

"There's got to be a better option than putting another $100 million into a white elephant," added Nick Fish, who oversees the city's water and environmental services bureaus.

Graves, who is a special adviser on accessible design to President Obama's administration and whose Postmodernist homeware – produced by brands like Alessi – has proven enduringly popular, campaigned to save the building.

In November, he gave a public talk in Portland where he defended the building, describing it as "shimmering" and "uplifting".

According to a report published by The Oregonian, Graves admitted that his building might not provide the most pleasant work environment, but blamed low ceiling heights on budget restrictions.

"I'd like the chance to do one floor properly – lights, carpets, ceilings, furniture... I'd like to make a place out of it. It's a terrible place to work, I suspect," he said.  "The whole idea of tearing the building down, it's like killing a child."

Architecture critic Alexandra Lange also argued for preservation of the building on purely aesthetic grounds, in a column for Dezeen.

"Postmodernism is not, now, our style, but are we really comfortable demolishing its most prominent exemplar?" she wrote. "By defining what is worth preserving about this building as symbolic, almost as thin as a cookie tin's walls, there's a chance to make it into a building that can work as architecture and not just a striking two-dimensional image."

Graves said that public debate over the building had helped to save it. "I think that was a big part of it," he said. "They didn’t want to be known as the society that tore down the Portland Building."