News: Classical architect Quinlan Terry is one of a small number of architecture and design industry figures to be recognised in the 2015 New Year Honours list.

Quinlan Terry, one of Prince Charles' preferred architects, will be awarded Commander of the Order of the British Empire (CBE) for services to Classical architecture in the Queen's annual awards "in recognition of the achievements and service of extraordinary people right across the United Kingdom". 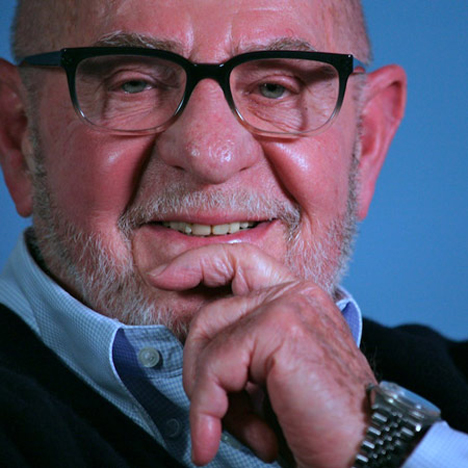 Terry's CBE, a title that recognises "a distinguished, innovative contribution to any area", follows the Prince's recent re-entry into architectural debate, after he published an essay calling for urbanists to "reconnect with traditional approaches".

Others on the Honours list include architect and structural engineer Cecil Balmond, who collaborated with artist Anish Kapoor on the ArcelorMittal Orbit for the 2012 Olympic Games site, who will be awarded Officer of the Order of the British Empire (OBE). Balmond was formerly deputy chairman of UK firm Arup – one of the world's largest architecture and engineering companies – but left in 2010 to start his own studio. He has taught architecture at Harvard and Yale and worked with Toyo Ito to design the 2002 Serpentine Pavilion.

Also receiving an OBE is set designer Es Devlin, who created the closing ceremony for the London 2012 Olympic Games and regularly works with musicians including Imogen Heap and Lady Gaga.

Peter Rees, who as planning officer for the City of London oversaw the approval of iconic projects including the Gherkin by Foster + Partners, as well as the controversial Walkie Talkie by Rafael Vinoly, will receive a CBE for services to architecture and town planning.

Artist Paul Cummins and set designer Tom Piper – who collaborated on the Blood Swept Lands and Seas of Red installation, which surrounded the Tower of London with thousands of red ceramic poppies to mark the anniversary of World War One – will both be awarded Members of the Order of the British Empire (MBE).

Katherine Heron, professor of architecture at the University of Westminster, will receive an MBE for services to architecture and higher education. Fashion designer Mary Quant, who introduced the mini-skirt to the UK has already received an OBE, and will now be awarded Dames Commander of the Order of the British Empire (DBE) for services to British fashion.

The New Year Honours are presented on 1 January each year as part of the British honours system. A total of 1,164 people are on this year's list, with the awards split equally between men and women, but there are no industrial, product or furniture designers.

In 2013 industrial designer Kenneth Grange received a Knighthood, while Jonathan Ive and Marc Newson were both honoured in 2012.