The Ampoules LMP collection is based on the principle that light-emitting diodes (LEDs) don't need the layer of glass used in traditional lightbulbs to protect a filament. 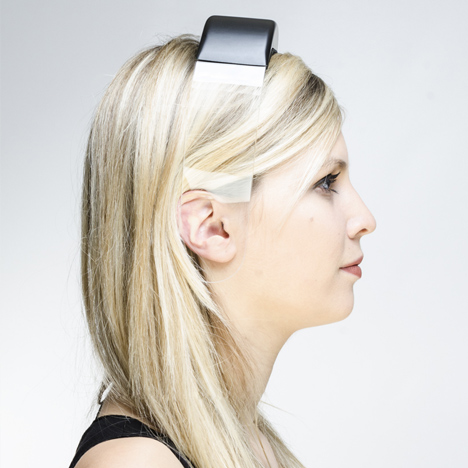 Renaud Defrancesco's designs, which are available in a variety of lampshade-like shapes, are made from pressed glass, using a similar quantity of the material as a traditional bulb.

"Why do we have a new technology with the same style as an old one?" said Defrancesco. "LED technology provides great durability – more than 30 years – and doesn't need a special shape of glass, so we can rethink a bulb which could be an object in itself."

Acting like diffusers, the downward-facing tinted glass pendants can be used alone or in a group. The bases fit into standard screw fixtures.

"For my diploma project I wanted to do something that changed people's thinking, especially about sustainability," said Defrancesco, who has previously designed headphones which transmit music through a clear plastic band.

"This project allowed me to reconsider and redefine an object of current consumption. This bulb is not only a source of light – it creates a source of atmosphere."

Ampoules LMP won the 2014 BG sustainable development prize, which is awarded every year in recognition of "outstanding thesis projects based on their economic, ecological and social merits," and was selected as part of the ECAL Diplomas Best Emerging Designers from Switzerland exhibition.