News: the stalled London skyscraper dubbed the Can of Ham is reportedly back underway at 60-70 St Mary Axe, close to Foster's Gherkin.

According to trade journal Construction News, building contractor Mace has been appointed to build the 24-storey office tower designed by London firm Foggo Associates, which won planning approval in the summer of 2008 but hasn't progressed since.

The project is being developed by TIAA Henderson Real Estate and the contract value is reported to be in excess of £100 million. 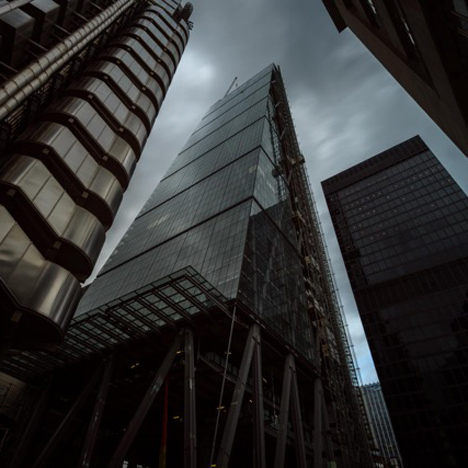 It is expected to include approximately 26,000 square metres of office space, as well as ground-floor retail and streetscape enhancements.

Foggo Associates – the studio established by former Arup Associates partner Peter Foggo before his death in 1993 – designed the arched profile of the tower to respect existing views through the City of London.

Richard Rogers famously designed the shape of the Leadenhall Building, also known as the Cheesegrater, for the same reason.

The nickname, Can of Ham, is a reference to the building's resemblance to the tinned meat popular during wartime rationing.

Foggo developed vertical shading fins to wrap around the curved outer walls, while the glazed end elevations are engineered to reduce solar gain.

The project became delayed during the global financial crisis, as did several other London skyscrapers including KPF's helter skelter-shaped Pinnacle.

It was initially proposed by a subsidiary of UK firm Targetfollow but was sold to one of the world's biggest pension funds after the subsidiary company went into administration.