Maison&Objet 2015: Finnish brand Artek has delved into its archives to reintroduce wooden furniture and homeware designs by its co-founder, Modernist architect Alvar Aalto.

The small furniture pieces, lighting and textiles in the ABC collection were designed by Aalto, who co-founded Artek in 1935, and have been added to the brand's range to complement its existing collection. 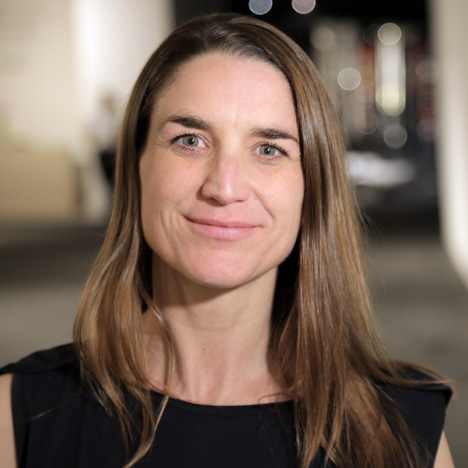 The products include the H55 textile pattern in a new colour, Alvar Aalto’s Wall Drawer 114B, Coat Rack 109C, Mirrors 192A and 192B, Light Fixture A330S, Pendant Light TW003 and Stool 60, which was originally designed in 1933 and has been newly interpreted by Dutch designer Hella Jongerius.

"Referring to the alphabet of living, the ABC collection comprises textiles, stationery and small objects," said a spokesperson for the brand. "Beautiful and functional, these objects bring joy to everyday life."

From the archives, Artek will also reintroduce domestic accessories including Aalto's Wall Drawer 114B, which sits on bent birch-wood brackets and can be used as a telephone table or a nightstand.

The 109C Coat Rack uses the same wall mounts to support a row of hooks for hanging garments and wooden slats above for storing shoes. The simple wooden-framed Mirrors 192A and 192B form part of the same series.

The brand will also relaunch Light Fixture A330S, made from a single piece of brass and better known as Golden Bell, originally designed by Aalto for Helsinki’s Savoy Restaurant in 1937, and Pendant Light TW003, designed in 1960 by Tapio Wirkkala, who would have been 100 years old this year.

Part of the ABC collection, the H55 textile pattern will be introduced in a new red and white version. The print was first designed in black and white by Aalto's wife Elissa Aalto in 1955 for the Finnish housing section of the Helsingborg Exhibition in Sweden.

The pattern is used to cover homeware items including napkins, dinner trays and oven mittens, as well as upholstery for cushions.

Another addition to the brand's collection is Hella Jongerius' updated Stool 60. The Dutch designer added a new range of colours and stained wood to the circular three-legged design last year.

Artek was bought by Swiss furniture brand Vitra in September 2013. The company has since bought the production facilities where Aalto developed his bent-wood furniture, and appointed former Design Miami director Marianne Goebl as its new managing director.

The ABC collection and Jongerius' Stool 60 update will be shown at the Maison&Objet trade fair in Paris, which kicks off today and runs until 27 January.

More from Artek and Alvar Aalto