Business news: designer Marcel Wanders and entrepreneur Casper Vissers have regained complete control of Dutch design brand Moooi, buying the remaining 25 per cent of the company they co-founded in 2001.

Wanders and Vissers have completed the purchase of the stake from B&B Italia, ending a relationship that started in 2006, when the Italian brand acquired 50 per cent of Moooi. 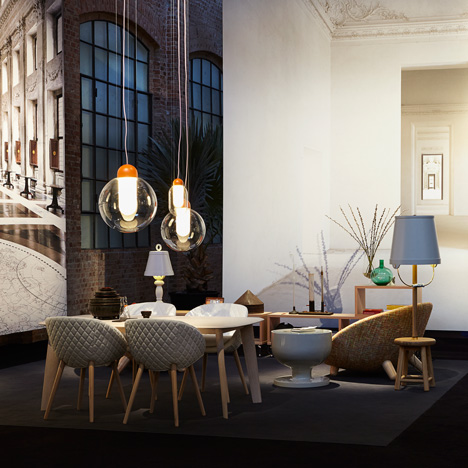 Moooi, which produces luxury furniture, lighting and accessories by a growing stable of international designers, quadrupled its revenues during the collaboration with B&B Italia, and it is understood that Wanders and Vissers felt their brand was now mature enough to become fully independent.

Wanders, who is Moooi's art director and chief designer, and Vissers, the brand's CEO, did equity deals with both B&B Italia and Dutch brand Lensvelt in order to fund growth. They became majority shareholders once again in 2012, when they purchased the remaining 10 per cent held by Lensvelt and half of the 50 per cent owned by B&B Italia. This left Wanders and Vissers with combined holdings of 75 per cent.

Moooi, which is based in Breda in the Netherlands and has a flagship store in Amsterdam, plans to open a major store in New York this year, followed by a central London flagship in 2016.

Its growth-fuelled move towards independence comes at a time when other furniture brands are consolidating by becoming part of larger, global groups. Recent deals include Vitra's acquisition of Artek, Haworth's purchase of Poltrona Frau and Herman Miller's takeover of retailer Design Within Reach.

Moooi is named after the Dutch word for beautiful, mooi, but with an extra o that "stands for an extra value in terms of beauty and uniqueness". Best-selling products from the brand include the Random Light by Bertjan Pot, the Raimond lamp by Raimond Puts and the Smoke chair and chandelier, which are mass-produced siblings of Maarten Baas's burned Smoke pieces.