Business news: Moooi CEO Casper Vissers is to step down from the company, 14 years after co-founding the Dutch furniture and lighting brand with designer Marcel Wanders.

The news was announced in a statement emailed to business partners on Friday.

"After driving Moooi for 14 years, I have decided to step back from being the CEO," the statement began. "Marcel and myself have decided to appoint Robin Bevers as the CEO of Moooi from September 1st 2015." 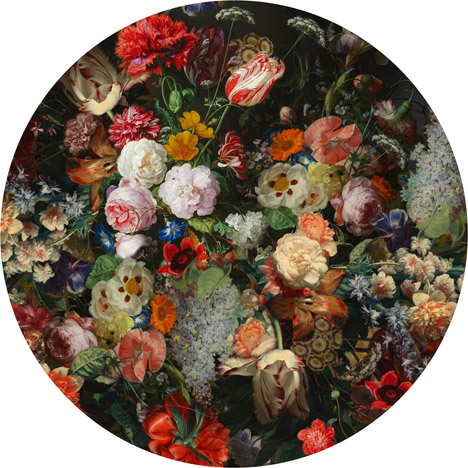 Speaking to Dezeen, Vissers said that he felt it was time to move on to new challenges.

"People who start companies are entrepreneurs," he said. "Then you grow your business and you don't feel so entrepreneurial any more. I'm 48, Moooi is 14. It is a super luxury to have time to be an entrepreneur again."

He added: "There's no hard-boiled egg about what I'm going to do next."

Bevers, the new CEO, has worked as managing director of Marcel Wanders Studio for the past 10 years. Wanders will continue in his role as art director of the brand, working alongside Bevers, while Paul Molenschot will remain as general manager.

Moooi describes itself as an "eclectic" brand, producing designs by a roster of both Dutch and international designers including Studio Job, Bertjan Pot, Front and Neri&Hu, as well as Wanders himself.

Vissers and Wanders started the company in 2001 with the intention of shaking up the sector, which they felt had become staid.

"Fourteen years ago, the furniture and lighting industry was pretty boring," Vissers said in a video interview with Dezeen earlier this year. "But if you opened Vogue or any other beautiful fashion magazine, it was full of beautiful photographs."

More recently the company has expanded into new areas, launching a new printed-carpet brand and a range of bathroom products for hotels.

This year Dezeen is working on a year-long collaboration with Moooi called Extra Moooi.