The pornography website has published details of the fictional Wankband – a wristband that would create power when moved in a repetitive up-and-down motion. 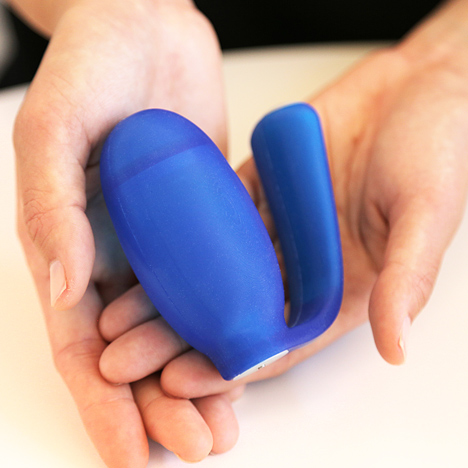 A description on Pornhub's website calls it: "The first wearable tech that allows you to love the planet by loving yourself."

A charger integrated into the wristband would store the generated energy, which could be used to power smartphones, laptops, cameras and other electronic devices by plugging them into the USB port on the side.

Worn like a watch, the Wankband would have an adjustable strap with a lightning-bolt-shaped fastener. A row of illuminated bars on the face would show how much energy has been captured.

The website says that this would be an eco-friendly energy production method and offer a solution to the depletion of natural resources and the creation of air pollution by burning fossil fuels.

"We're going to show men how to save the planet by doing what they do best," says the voiceover in a promotional video for the product.

Slogans on the site include "create dirty energy", "start jacking on" and "do your part with your part".

The website premiered the design last week, and says that the device is currently in development. It is encouraging people to sign up to test the product once complete. It also stresses that the band is unisex.