Apple has revealed its latest laptop computer, which weighs only two pounds and comes in colours to match the tech giant's iPhone 6 (+ slideshow). 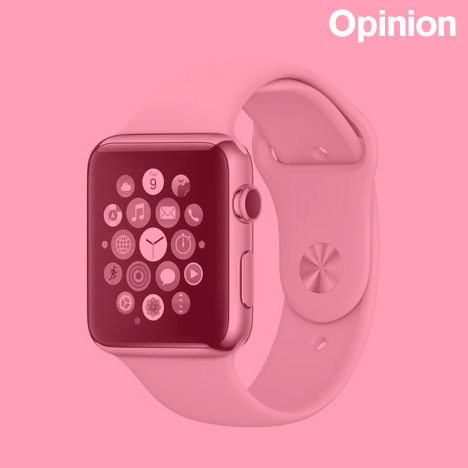 "We set a new standard for portability while enhancing its fundamental components, to deliver what we believe is the best MacBook yet," said Jonathan Ive, Apple's senior vice president of design.

The milled aluminium case is now available in the same colour variations as the iPhone 6: gold and space grey as well as the typical silver.

With a 12-inch Retina display, the screen is made up of 3 million pixels that use 30 per cent less energy than Apple's previous versions.

The design incorporates a keyboard that spans the full width of its base, creating space for bigger keys.

The existing mechanism under each key, which turns a strike into an action for the computer to respond to, has been replaced with a new "butterfly" design to improve stability. Each key also has its own LED light to create uniform illumination.

Its force-touch trackpad can identify between light and heavy pressure, enabling a range of touch-sensitive features, including changing the fast-forward speed for music or films by pressing harder.

The machine runs on a Intel Core M processor and has a logic board – the printed circuits that run the computer – that is 67 per cent smaller than its counterpart in the 11-inch MacBook Air.

As the new processor emits less heat than earlier models, the fan has been removed from the new MacBook – allowing the machine to run in silence. This is also one of the factors that has enabled the dramatic reduction in weight and thickness, along with a custom-shaped tiered battery that fits tightly within the case.

Battery life has been extended to provide up to nine hours of internet browsing and 10 hours of iTunes movie playback.

On the exterior is a port compatible with the new USB-C cable standard, which can be plugged in either way up and is up to twice as fast at transferring data compared to existing USB cables.

Shipping for the new Macbook Pro will begin 10 April.