Tiny Shoreditch gallery Kemistry is rebranding itself as the UK's first public institution dedicated to graphic design, and is staging a retrospective exhibition as part of its funding bid.

The founders of design and branding agency Kemistry are turning their eponymous gallery into a not-for-profit organisation, supported through print sales, private donations and public funding.

The gallery is now searching for a permanent space after losing its Shoreditch home due to a rent rise at the end of 2014. It has been awarded £15,000 by the Arts Council – the British arts body that assigns government and National Lottery money to projects across the country – for a feasibility study. 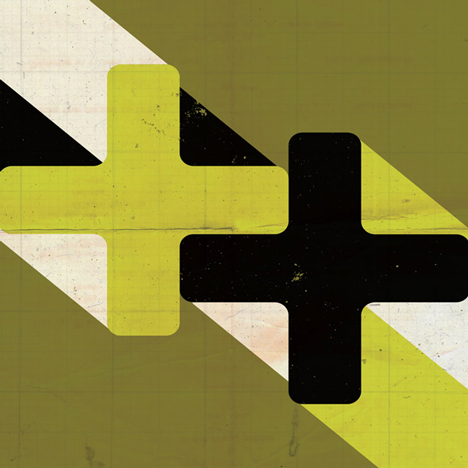 If the gallery's bid for further funding is successful, it would be the first publicly-funded graphic design-dedicated institution in the country, according to co-founder Graham McCallum.

Its current pop-up exhibition at Protein Studios in Shoreditch – called 100 Years of Graphic Design – is being treated partly as an exercise to judge the appetite for a permanent exhibition venue and collection. Closing next week, the exhibition was partially sponsored by a Kickstarter crowdfunding campaign that raised over £16,000.

"The internet has made people far more aware," said McCallum. "The general feeling is that these things have got a value. It just seems to be something that is right today."

"Graphic design had kind of been seen as disposable [before now]. Some of the great posters of the past were just ripped up and thrown away. The ones that survived are now quite rare and they are becoming quite expensive as well," he added.

Other visual arts museums in the UK include the Design Museum, which is due to move to a new bigger premises in west London next year, and the Museum of Brands, Packaging and Advertising – also in west London – which houses over 12,000 items from a single collection.

"The Design Museum doesn't necessarily do what we are doing," McCallum told Dezeen. "They have had shows of graphic design but few and far between, and the work we show is people who are probably not quite ready for that. Or people that have just been discovered and turned up."

Kemistry will focus on curating new work, alongside exhibitions of "past masters" of graphic design, such as Milton Glaser.

McCallum and business partner Ricky Churchill are now searching for a permanent space for the gallery in east London, which could include a shop and lecture spaces.

A 15-strong board of industry figures will advise the gallery on its development. Members include art director Simon Esterson, critic Rock Poynor, and Mark Bonner, president of international design association D&AD. Also on the board are Lynda Relph-Knight, former editor of industry magazine Design Week, and Fred Deakin, professor of interactive arts at the University of the Arts London.

The original Kemistry Gallery occupied the small ground floor space of the agency's former home in a period building on Charlotte Road in Shoreditch. Despite hosting popular exhibitions of works by designers and artists, it did not generate sufficient income to exist independently of the parent agency. A proposed 200 per cent rent increase forced it to close at the end of 2014.

"We want to try to keep the integrity of it but do something which is more of a permanent home, more of a centre, with a bookshop and a cafe and all the rest, lecture spaces – and a gallery of course," said McCallum.

McCallum and Churchill will now go back to the Arts Council and other funding organisations to raise additional cash for a permanent space.