Lehanneur will lead Huawei's recently unveiled Aesthetics Research Center, managing a team of around 20 designers who will work towards unifying the brand's various product lines and store interiors. 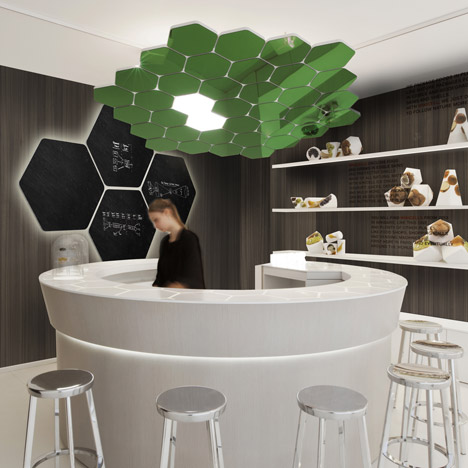 "Huawei's objective is to build on French excellence in terms of industrial and artistic creation, as well as on French expertise in the luxury sector," said a press statement.

Based in Shenzhen, the Chinese company is currently the world's largest manufacturer of telecommunications equipment and has the third highest smartphone sales.

Huawei is investing $600 million (£400 million) in France over the next five years, starting with the research centre that opened today. It has also recently signed a partnership with Paris design school École Nationale Supérieure de Création Industrielle (ENSCI).

"Paris is a global hub for fashion and arts, and now the city's creative resources can be applied to Huawei products worldwide," said Huawei CEO Ken Hu at the research centre's opening ceremony. "That makes France a vital part of our global innovation."

A statement from the company said that the Aesthetics Research Center's design team had already contributed to Huawei's TalkBand B2 activity tracker, which was released at the Mobile World Congress event earlier this month.

"We are experiencing a new turning point in our history," said Lehanneur. "After the industrial and digital revolutions, we are now entering the era of the interpersonal revolution. Technology is no longer just between us. It is with us and on us. It simply needs to be shaped."

Lehanneur has previously worked on projects from restaurant interiors to lighting installations, but has recently completed a series of electronic products including a 20-sided speaker and a portable radio.

"The aim is for all Huawei products to have a unique and symbolic hallmark, on an international level," said the press statement.

Lehanneur will continue working on his own design projects, and his studio is set to reveal designs for a boat and an electric bike soon.