Opinion: hiding in plain sight, the NSA headquarters is the model for all future domestic architecture, argues Jack Self, as he reveals previously unpublished details about the inscrutable building.

There is an old expression that an Englishman's home is his castle — and even for those of us who are not male or English, we still imagine the home to be a refuge against the bustle of the street and the prying eyes of nosey neighbours. When we go home we make a retreat from the chaos of the world, hunkering down into our own private kingdoms, places of safety and security.

How architects think about the domestic reflects a popular desire to control how much of our home life we reveal. The Viennese modernist Adolf Loos believed that the outside of the home should be unremarkable, without ornament, plain and anonymous like a face lost in a city crowd. By contrast, the interior should be materially rich, eclectic and highly personal.

How we design our homes, he argued, sends strong messages to society about who we think we are, and who we want to be. For Loos, sending messages was giving the game away — if we really want to be ourselves at home we have to conceal our lives from public scrutiny.

That concealment is becoming harder and harder to manage. As you read this, the United States' National Security Agency (as well as a myriad of other corporations and governments) are almost definitely monitoring your home internet traffic and scanning your emails.

Although the main building itself is not a secret, nothing is known about what goes on inside

Under a programme called "Prism" they are keeping records of your phone's geolocation, harvesting your metadata and tracking your browser history. They are filing and documenting your most intimate details, and as we know from whistleblower Edward Snowden, NSA workers routinely share your nude photos with their colleagues (in an office culture apparently closer to fraternity "bros" than intelligence specialists).

Your data is siphoned directly from the biggest servers in the world through so-called "backdoor" surveillance tools — including those of Google, Facebook, Microsoft and Apple — and stored in the NSA's Massive Data Repository in Utah. Alongside your own personal information, more generalised data scooping and snooping is banked, logged and then synthesised, analysed and cross-compared. 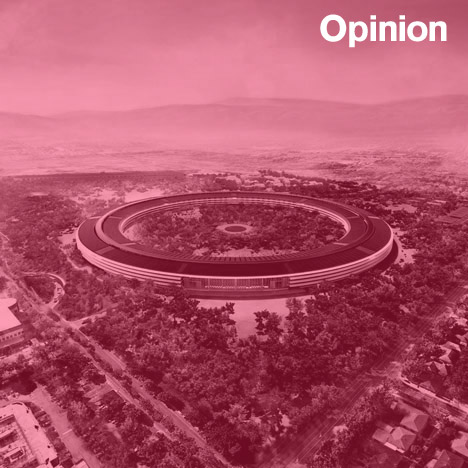 "Cities are being redrawn according to Google's world view"

The results are probably processed at the NSA headquarters in Fort Meade, Maryland. I say "probably" because, although the main building itself is not a secret, nothing is known about what goes on inside. It is an elegant rectangular cuboid and its graceful proportions are based on the Golden Ratio.

On forums and chat threads it is rumoured that the sleek facade of highly reflective blue-black glass is designed as a massive Faraday cage — a shield capable of disrupting electronic waves, thereby making it impossible to either scan the building's interior, or alternatively leak transmissions. The headquarters is hermetic, in the literal sense of being impenetrable and completely closed off. It is a grounded stealth bomber, silent in its military landscape.

But rumours and hearsay aside, the authorised information available on the building could practically be published in a single tweet.

There is only one official photograph (although it is not known when it was taken) and nothing is known about who designed the building or when it was completed. Nonetheless, it is clearly visible on Google Maps and the collection of vintage aircraft mounted in the car park can be freely photographed (albeit only from approved perspectives).

I wasn't sure where to start. So I emailed [email protected]

This strange condition of being both very much in the public domain, and yet totally unknowable, intrigued me a good deal. Yet the more I researched, the more I realised how tightly information was being controlled, and this only piqued my interest further. I wanted to unravel this architecture, but without a contact or lead I wasn't sure where to start. So I emailed [email protected]

My question, "who designed your headquarters, and when was it finished?" was met with appropriately profound suspicion and a cold politeness. The response email, title "re:CLASSIFICATION:UNCLASSIFIED," read simply, "Dear Sir, we can neither confirm nor deny that the referenced project has been completed." Subsequent correspondence from the press office was polite, but understandably curt and frustratingly uninformative.

Separately, I had found the name of a possible contractor, located just ten kilometres from Fort Meade, specialists in "utility consultation" called B&R Construction. Yes, they said, they were involved. Unfortunately, they weren't at liberty to say anything more, since the headquarters was a secure facility. They recommended I contact the US Army Corps of Engineers (USACE), who managed the project. After being shuttled around the inside of USACE for a few months, I finally struck upon a really helpful ally at the Baltimore District Office, and information began to trickle out (delayed, like a radio relay from the moon, as each answer was carefully redacted).

The information in this article has been made public for the first time. In addition to the mechanical services provider above, I can say that the Corps of Engineers finished construction of the NSA Headquarters on March 26, 1986. The official photograph is presumed to date shortly afterwards. The prime contractor was Centex Construction. The designers were New York-architects called Eggers and Higgins, responsible for the Thomas Jefferson Memorial and National Art Gallery (both in Washington D.C.). The Eggers Group was later acquired by Hillier Architects (at some point in the 1990s), which was in turn absorbed into RMJM in 2007.

Nothing more about the project can be known: when the NSA closes a door, it stays closed. Conversely, when we close our own front doors, the NSA floats right through, as invisible as ghosts. The headquarters is hiding in plain sight, perfectly detectable but completely inscrutable.

Just because we can see a building doesn't mean we can understand it, especially when — unlike the modernist trope of form following function — the form of the NSA Headquarters is purposefully divorced from its function. Its architecture is generic, uniform and homogenous. It is hermetic, not porous, and it receives but it does not transmit. In this sense, it is the perfect model for a new form of home, one capable of resisting the very penetration of our privacy the building perpetuates.

I would like to thank the NSA Press Office and Baltimore District Army Corps of Engineers for their generous help in researching and declassifying information relating to the Fort Meade headquarters.

@Jack_Self is a designer and writer based in London. He is reviews editor for the Architectural Review, where he has worked in a number of capacities since 2009. He was previously associate editor at Strelka Press (2012-13).