MINI's Citysurfer concept, which will be showcased this week in Milan as part of an installation by Spanish designer Jaime Hayón, is a lightweight electric scooter that can be folded down so it fits in the boot of a car.

"We're anticipating that future urban areas might not be as accessible as today," says Warming in the movie, which was filmed at MINI's headquarters in Munich, Germany. 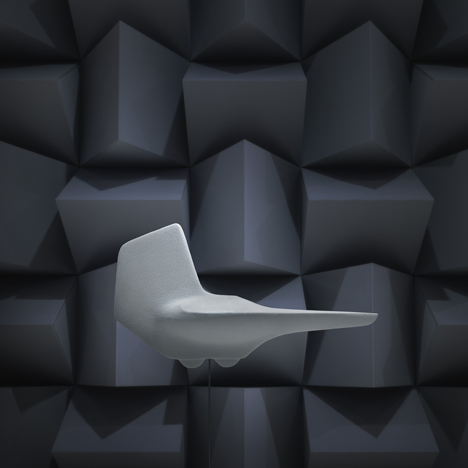 "We're preempting the idea that in the future you might not be able to take your car to very local urban areas."

Rather than driving directly to a destination in the heart of town, Warming suggests, drivers in future would park their car on the outskirts of the city, unfold the Citysurfer from their boot and make the rest of their journey by scooter.

"We refer to it as 'last-mile mobility,'" says Warming. "You can park close to the city and drive electrically to your favourite restaurant or your favourite cafe."

He adds: "It's easy and it's quiet and it's sustainable."

"The range is very good for a small object," Warming claims. "It will easily take you to the city centre and back. [It will go] 25 kilometres on a full charge."

The scooter concept is part of the brand's wider objective to expand beyond cars.

"We believe that MINI is about clever mobility and this Citysurfer is an idea for expanding the range of what MINI objects can be," Warming explains. "We would like to look at every aspect of your life when it comes to mobility and make it accessible and relevant."

Warming is unwilling to put a timeframe on when such a product might actually make it to market, but he does not believe the idea is far-fetched.

Jaime Hayon's Urban Perspectives installation featuring the MINI Citysurfer concept will be on show in Milan from 14 to 19 April at Via Bergognone, 26.