Sabiha Rumani Malik is auctioning off two rings and a bangle, designed for her by British architect Norman Foster during their four-year marriage, to raise money for charity.

Malik is selling the wedding band given to her by Foster on their wedding day in 1991. Made from titanium, the ring has a polished interior engraved to read "normansabiha".

The other ring is described by auction house Bonhams as a two-tone band and was designed by the architect to mark the couple's third anniversary in 1994. They separated the following year.

The two rings will be sold as a single lot in a jewellery sale at the London auction house, and are expected to raise between £3,000 and £5,000.

A matching titanium bangle created for Malik and Foster's first anniversary in 1992 is engraved inside with the phrase: "Norman loves Sabiha". The bangle is also expected to reach between £3,000 and £5,000.

Malik, a designer who has created jewellery collections for diamond company De Beers, was married to Foster for four years. She was appointed as a director of his firm Foster + Partners and worked on a number of the company's projects including the Berlin Reichstag. 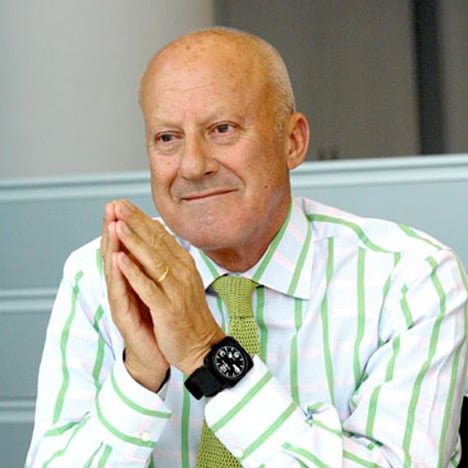 Prior to meeting Foster, Mailk had been married to journalist Andrew Knight for 17 years. During their marriage, Knight had been editor of The Economist, chief executive of The Daily Telegraph Group and chief executive of Rupert Murdoch's News International.

Foster's first wife, Wendy Cheesman, had died in 1989. In a 1999 profile of the architect published in The Guardian newspaper, Jonathan Glancey said the marriage of Foster and Malik had surprised the architects' friends and colleagues.

"Famously, Malik brought a case against HM Customs for 'slander by conduct' after she and her daughter were, as she believed, badly treated by customs officers at Heathrow Airport," wrote Glancey.

"While few officials would make the grade at charm school, the prosecuting counsel's description of Malik as 'an insufferable snob' was met with stifled laughter in the Foster office. A woman of good intentions, the first Lady Foster was nevertheless very much at odds with its ethos."

Following his divorce from Malik, Foster married Spanish psychiatrist Elena Ochoa in 1996. The couple are still together.

Money raised from the sale of Malik's items will be donated to the Bee World Project, one of a number of charitable organisations she has founded and helps run.

The jewellery sale will take place at Bonhams auction house in Knightsbridge on 15 April.