Competition: Dezeen has teamed up with publishers Wiley to offer readers a chance to win one of five books by London architect Eric Parry about the importance of context in architecture.

Congratulations to the winners! Angus from the UK, Cristino from Brazil, Alexandru from Belgium, Brendan from Australia and Leanna from Canada.

Context – Architecture and the Genius of Place discusses how a building's setting can inform and influence its design.

Parry, founder of London-based Eric Parry Architects, addresses the contemporary idea of context throughout the book, questioning its role and use in urban design.

According to the publishers, the book intends to "turns the urban statistician's telescopic focus on global trends inside out, for a better understanding of the cultural and physical conditions that make archetypes part of the architect's lexicon".

Parry's explanation of the methodologies behind architectural design, and his view that context should be taken into account throughout every stage of the design process, are key elements to the book.

"Context explains the methods behind brilliant architecture, helping designers create buildings that not only belong, but can provide a catalyst to urban life," the publishers said. 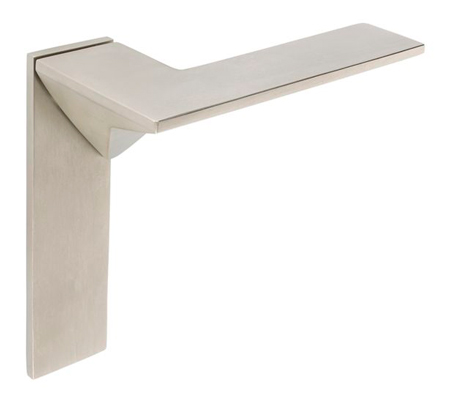 Parry founded Eric Parry Architects in 1983, after studying at the Royal College of Art and the Architectural Association. He has previously worked as lecturer of architecture at the University of Cambridge, and also taught at Harvard and the Tokyo Institute of Technology.

His 5 Aldermanbury Square project was shortlisted for a RIBA Sterling Prize in 2009, and the architect has since been elected as a Royal Academician at London's Royal Academy of Arts.

The 192-page paperback is available to purchase for £27.99 from Wiley's online store.

Read on for more information from the publishers:

Context - Architecture and the Genius of Place is a highly engaging, informative discussion of context in architectural theory and practice. Eric Parry, one of the UK's most highly regarded architects, addresses the contemporary definition of context and its importance for sustainable everyday living and urban design.

Looking beyond the formal agenda to explore the fundamentals that give new social and cultural perspective to this vital point of departure for designers, this book turns the urban statistician's telescopic focus on global trends inside out for a better understanding of the cultural and physical conditions that make archetypes like the Parisian Cafe, the London High Street, the Baltic City Square, and the Mumbai Market part of the architect's lexicon. From pavement to landscape, readers will examine how context must be taken into account at every stage in the design process.

Context explains the methods behind brilliant architecture, helping designers create buildings that not only belong, but can provide a catalyst to urban life.

Eric Parry leads one of London's most eminent practices, Eric Parry Architects, which is renowned for delivering beautifully crafted and well-considered buildings. He is a Royal Academician (RA) and is on the Royal Academy Architecture Committee. He is also on the Mayor's Design Advisory Panel. In addition to his work in architectural practice, Eric has held a number of distinguished positions, including President of the Architectural Association.