Opinion: in the noughties, architects OMA worked on a series of optimistic projects for the European Union, including a proposal for a colourful EU Barcode flag and an exhibition suggesting that a united Europe "could be fun". With the EU looking increasingly fragile, OMA partner Reinier de Graaf wonders if they should have bothered.

A little over 10 years ago, on the occasion of the Dutch EU presidency of 2004, our office designed an exhibition about Europe. The venue: a circus tent set up on the Place Schuman in the heart of Brussels' European Quarter. The tent, produced especially for the exhibition, was a kind of chromatic spectrum of every single colour of every single flag of every single EU member state.

The idea was that the EU could be fun. And for three months our creation – an iteration of our Barcode design from 2001 – made for a colourful spectacle in an otherwise dreary neighbourhood, mainly conceived for the conducting of European bureaucracy, offering a short distraction from business as usual.

The exhibition was based on the juxtaposition of two panoramic timelines: that of Europe – with its long history of wars and bloodshed – and that of the EU, by contrast a short period of relative stability, progress and prosperity. The message was simple. Europe's bureaucrats have succeeded where the warlords of previous eras fell short: the enduring creation of a single, undivided Europe.

At the time that optimism seemed warranted

Clearly the tone of the exhibition was one of optimism. At the time that optimism seemed warranted. The Euro had been introduced with surprisingly few problems; the nations of the former Eastern bloc had just joined the EU; the Balkan conflict had been resolved and its perpetrators were being tried before international courts; separatist conflicts within states, such as in Northern Ireland and the Basque country, had magically given way to a shared enthusiasm for the larger European project; a constitution was in the making that would once and for all anchor the rights of European citizens in print...

For a while the EU looked like an appealing model for other continents. It seemed only a matter of time before the world could be redefined as a union of unions. We would all live happily ever after. 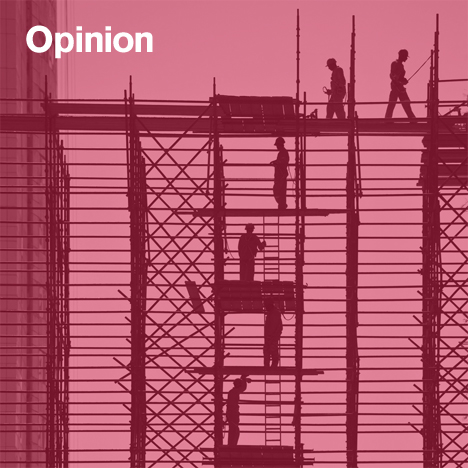 Ten years later it is difficult to regard such optimism as anything but outright naiveté. The constitution failed to pass a Europe-wide referendum; the Euro has plunged into crisis; Greece is threatened with a "Grexit" (or threatens to do one, I am never quite sure); Britain has announced a referendum on a so-called "Brexit", which in turn could lead to a "Scexit" – a further Scottish attempt to secede from Britain. Hungary could be ousted over its government's commitment to democratic principles (or lack thereof) and the increased nationalism of Russian-speaking minorities in the Baltic republics makes Europe's eastern borders seem anything but secure.

The list of setbacks goes on: Europe's inability to respond in solidarity to the crisis of refugees arriving from North Africa, a European common "defence" that is regularly mocked by Russian incursions into European airspace, and a form of European soft power that seems powerless against the lure of the Caliphate.

To simply distance ourselves from positions taken earlier would be wrong

I have often wondered in retrospect how smart it was for an organisation like ours to become so closely affiliated with a political system that proved so fragile with time. Ten years after the launch of our exhibition project, its celebratory nature seems distinctly out of touch with Europe's reality: as naive as the optimism with which it was once associated.

Yet I also feel that to simply distance ourselves from positions taken earlier would be wrong. There are enough people who want to leave the EU; to join them by arguing for an "EUxit" – a wholesale abandonment of the European project – would hardly qualify as a meaningful contribution to the debate.

The problem is that both of the above paragraphs, riding high and riding low, are equally true. For that very reason – and that is perhaps the bigger problem – it becomes precarious if not impossible to attach any immediate conclusions to either. Europe is no failure. Europe is also no success. Its real value lies in that it can (and must) transcend short-term performance indicators.

No other political system at the moment can. Europe is a necessary adjustment in the context of a world where the size of problems inevitably exceeds the size of nations. Even if every single nation would exit the EU, it would in no way undo the fundamental interdependence to which all, for better or for worse, are subject. All that a wholesale exodus would accomplish is that there would be one fewer instrument to manage that interdependence.

The good thing about the EU is that, after citizens choose their national governments (Democracy 1.0), it allows citizens of nations a vote in each other's affairs (Democracy 2.0) in the knowledge that there can be no interdependence without interference.

More than just a political phenomenon, Europe is a form of modernisation, or rather a chance for the political sphere to catch up with modernisation. It is no coincidence that it is generally conservative parties who oppose Europe.

Interdependence between nations is a direct result of scientific and technological progress, which once unleashed cannot be reversed. When problems escalate, so must inevitably the arena in which they are addressed. Only when democracy is practiced as part of a multilateral constellation – let's say a continent – can it produce an enduring and stable course.

Like modernisation, Europe emerges from irreversible expansion. That is why it often appears to defy political choices. Yet it would be a stretch to brand the EU as undemocratic. In transferring power into the hands of a larger number, in allowing nations to meddle with each other's business, the EU simply elevates the notion of "the majority" to another scale.

More than eroding national sovereignty, the EU provides an additional space that helps transnational events unfold by design and not by default. An institution like the EU is born out of the knowledge that in the face of the bigger issues we are all minorities.

It is a primal reflex to retreat within one's territory in the face of trouble. Recent events in Europe are no exception. Yet it is the core of modern thinking to mobilise the opposite reflex: that in the face of adversarial conditions one opens up, leaves one's comfort zone and flees forward. (In that sense Europe remains quintessentially Freudian.)

A referendum on a British exit from the EU is now a matter of when, not if. Fully in line with a European tradition of interference, I would like to ask the people of Britain to vote against plans for a British exit. (I would also like to endorse the right of any member of the Conservative party to freely express their views about the referendum.)

Britain is a modern nation, the origin of the industrial revolution, the former centre of a global empire and, largely as a consequence, currently home to a global community. More than any other European country, Britain is multicultural. It is hard to find a nationality that is not represented in the UK. A retreat within the confines of its own borders is not only anti-modern, but ultimately un-British.

Bizarrely, it is now a fear of "foreign" workers that underlies the referendum. Eastern European workers, who have helped propel the UK economy in recent years (and who count as domestic according to EU law), are now portrayed as invasive hordes. Nine month ago, Scotland chose not to turn its back on Britain, motivated by the knowledge that there was more in common than not. This time, for pretty much the same reason, I would like appeal to the people of Britain to not turn their backs on Europe.