A group of UK schoolchildren has won an award for a conceptual condom design that would change colour when it comes into contact with a sexually transmitted infection.

Daanyaal Ali, Muaz Nawaz and Chirag Shah – all under the age of 15 – proposed a condom embedded with chemical indicators that would react to bacteria that causes infections such as chlamydia and syphilis.

When a specific bacterial strain is detected, the condom would change colour to warn those at risk of the threat.

Sexually transmitted infections (STIs) are passed from one person to another through unprotected sex or genital contact. Official figures from Public Health England showed that almost 440,000 people were diagnosed with an STI in the country in 2014.

The team of students from Isaac Newton Academy in Ilford, Essex, came up with their S.T.EYE condom to help reduce the number of cases.

"We created the S.T.EYE as a new way for STI detection to help the future of the next generation," said Ali in a statement. 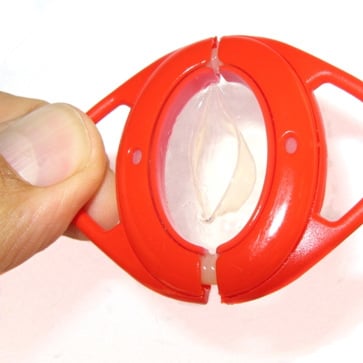 "We wanted to make something that made detecting harmful STIs safer than ever before, so that people can take immediate action in the privacy of their own homes without the often-scary procedures at the doctors. We've made sure we're able to give peace of mind to users and let people act even more responsibly than ever before."

Ali, Nawaz and Shah won the healthcare category and a £1,000 prize at this year's TeenTech Awards for the S.T.EYE concept. The trio has reportedly been approached by a condom manufacturer interested in the idea.

Although the schoolchildren haven't gone into detail about how condoms would change colour, chemists have already developed biosensors that change colour when bacteria is detected in water samples and discovered nanoparticles that fluoresce when multiplying bacteria are present.

The latex condom was first introduced in the 1920s, when it surpassed the hand-dipped rubber sheathes used previously because it was both easier to produce and more comfortable to wear.

It is now thought that combining latex with new ultra-thin material graphene could create condoms that are "thinner, stronger, safer and more pleasurable", according to scientists working with the carbon-based material.

Designers have come up with a variety of other ideas for improving contraception, including a condom wrapper that can be opened with a simple finger-clicking action and an open-source, intrauterine device made using a one-cent coin.

A condom applicator designed to help AIDS prevention was named the Most Beautiful Object in South Africa in 2007.