The flow of creative people from New York to Los Angeles is "a cautionary tale for London" according to Rohan Silva, former senior policy advisor to UK prime minister David Cameron.

Silva told Dezeen that the recent trend for designers, artists and other creatives to leave New York due to sky-high prices and lack of suitable studio space could happen in London too.

"I think it's a cautionary tale for London," he said. "In New York, people are decamping to LA and I think we've really got to be careful in London that people don't pick another city and choose to go there. Because the moment a city starts to lose its artists, things can fall apart and the city might lose its edge."

He added: "The same could happen to London if we're not careful."

Silva worked as a high-level advisor to David Cameron for nine years, starting when the Conservative party were in opposition. He later established London's Tech City cluster of digital businesses, introduced tax breaks for angel investors and created the concept of entrepreneur visas "so that brilliant people from outside of Europe can come here and start a business".

He left Downing Street in 2013 to co-found creative workspace Second Home, which opened its first building in London last year.

Second Home is now planning to open an outpost in the USA and has chosen Los Angeles over New York. 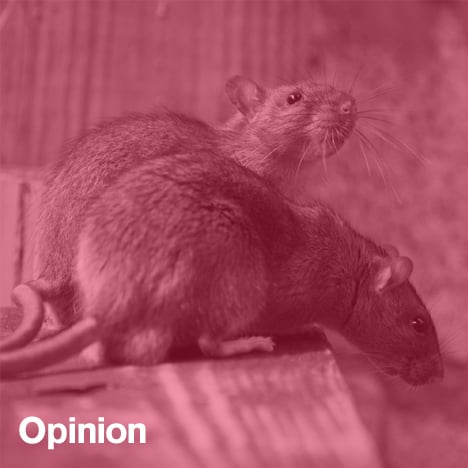 "Why is Second Home going to LA? Because that's where the artists and the creatives are going and we want to support that community," Silva said. "That's what our company's about."

In preparation for the opening of its LA building, Second Home has bought SelgasCano's 2015 Serpentine Gallery Pavilion and will relocate the structure to a park in the Californian city at the end of the summer, where it will serve as a temporary performance and meeting space.

Silva said that while New Yorkers have already started moving to LA, creatives in London had yet to identity another city to migrate to en masse.

But he warned: "It doesn't take a lot for that to happen. It's a little bit like the financial market. The moment the sentiment moves, it can move very fast. The artists and the creative people are moving to LA and other people want to join them. And things can overcorrect. London's the same in that sense."

There have been warnings lately that New York is becoming a city for the rich only, with architect Steven Holl writing in Dezeen that the rash of luxury condo towers rising in New York meant that "astonishing unequal income has begun to take architectural form".

After being priced out of Manhattan, New York creatives are finding suburbs such as Williamsburg, Greenpoint and Bushwick unaffordable and are increasingly gravitating towards the sun-drenched West Coast.

In May, the New York Times wrote about the exodus, describing New York as "Dubai with blizzards" and saying: "Los Angeles is enjoying a renaissance with a burgeoning art, fashion and food scene that has become irresistible to the culturally attuned."

Silva said there were a number of factors behind LA's emergence as a creative centre, including cheaper property prices, distinct neighbourhoods and the rise of taxi service Uber, which allows people to navigate the vast city cheaply.

"I think that there are three reasons why LA is really working right now," he said. "One is property prices. You can have space there. If you're an artist, you can have a big artist studio and a place to build."

"But I think there's two other reasons as well. One is that LA is a serious collection of neighbourhoods that are quite distinct. So if you're downtown in the arts district, where Second Home is setting up our location in LA, [art gallery] Hauser & Wirth are going in there, lots of great galleries are going in there. It's very walkable. It's quite European in a sense."

"And then the final reason that LA is coming to life right now is Uber. Because suddenly you don't need to drive to get around. You can jump in a car move across town pretty cheaply. Obviously you'd much rather there was a good public transport system, an underground, or a subway. But for five dollars, you can get a long way in LA. I think that's the other reason the dynamic has changed."

Silva said that London needed to address the issues that have forced New Yorkers out of their home city before the same happens here.

"The view has always been, hey look, it doesn't really matter that creative people are priced out of a city because they'll just move to a far flung area in the metropolis," he said. "Well yes and no. Young people today interpret their quality of life differently to a generation before. And they want to live in the middle of the action. They want to be close cultural life and amenities like that. And they're happier actually living in a smaller unit to do that."

"But the problem with London and New York is that you're not allowed to build smaller units for creative young people. It's forbidden. And as a result, you can't live in an affordable way in the middle of town as you'd like to.

"And so in New York, people are decamping to LA and I think we've really got to be careful in London that people don't pick another city and choose to go there."

More on design and cities