Business news: the former bookkeeper for architecture charity Article 25 has been charged with fraud and false accounting, after £200,000 disappeared from the organisation's accounts.

The 47-year-old former bookkeeper for the charity, Scott William Golding, was arrested and charged with fraud and false accounting on 14 July, according to a statement issued by London's Metropolitan Police Service.

Golding was due to appear in custody at Thames' Magistrates Court in London today.

The charity, which was set up in 2004 to provide architectural services in areas affected by disaster, faced insolvency following the discovery of a £200,000 hole in its finances on 29 June.

Donations of £130,000 were raised following an urgent appeal launched by the architectural aid charity, which was forced to call in an insolvency expert after identifying unaccounted transactions in its bank statements. 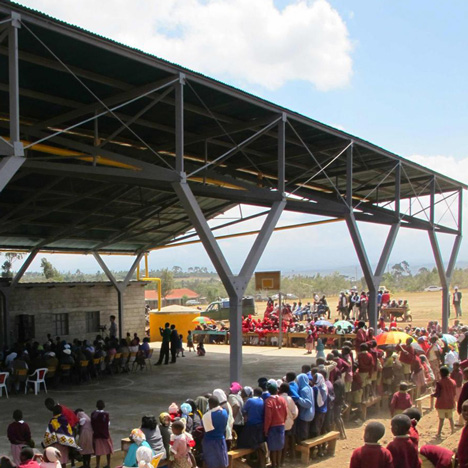 Architecture for Humanity board to file for bankruptcy

The funds will prevent Article 25's insolvency and enable it to continue its activities in Myanmar, Haiti and Nepal, where it is working on projects to provide health and education facilities. It is also currently developing earthquake-resistant housing that it hopes will lessen the impact of future disasters.

"There has been a truly magnificent, and very moving, response to our approaches to architects, engineers and the wider industry to pledge funds to enable Article 25 to survive," said Article 25 chairman Sunand Prasad.

"I cannot thank them enough for their solidarity, support and generosity. Having hit the target and decided to continue with our work with renewed vigour we will also take steps to ensure that Article 25's financial controls and procedures are the best in the charity sector, which is so vulnerable to theft and fraud."

The UK charity was founded by British architect and broadcaster Maxwell Hutchinson following the Indian Ocean earthquake and tsunami in 2004, to provide architectural services for areas devastated by disaster.

Formerly know as Architecture for Aid, the charity changed its name in 2008 to Article 25 after the 25th article of the Universal Declaration of Human Rights – the right to adequate living standards.

Main photograph is of the Bethel School in Burkina and courtesy of Grant Smith.

Architecture and design for disaster relief