The foundations of a stalled 838-metre-high skyscraper in Changsha, China, are now being used as a fish farm, according to local reports.

The proposed Sky City tower was set to become the world's tallest building, but its construction was postponed just days after it started in 2013, amid safety fears and a lack of necessary government approval.

Two years on, the building's 2.6-hectare foundations are filled with water and villagers are using them to raise fish, according to a report from local site Xiaoxiang Chen Bao, which has been cited by the South China Morning Post.

Sources claim that one villager has invested over £2,000 in his fishing business, while others have used the area surrounding the site for drying grain and growing watermelons. 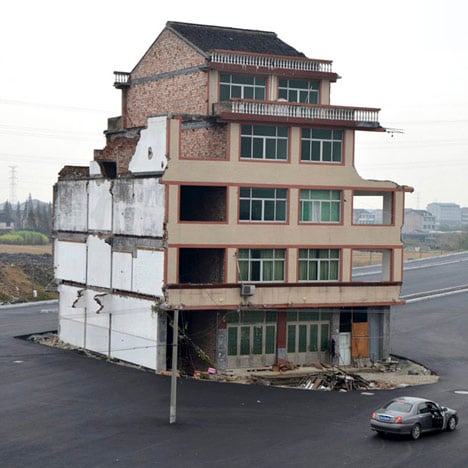 Sky City was proposed by construction firm Broad Sustainable Building (BSB), a subsidiary of China's Broad Group. The company claimed it would become the world's tallest building, with a record-breaking construction time of just 90 days.

However, the project stalled in July 2013, days after its official ground-breaking ceremony, pending safety examinations and building permits.

Since then BSB has completed a 200-metre-high skyscraper known as Small Sky City on a different site in Changsha. Construction took just 19 days, demonstrating the simplicity of the company's pre-fabricated components designed to fit together like Meccano toy blocks.

Company founder and billionaire Zhang Yue claims that Sky City will also be built despite its current situation.

"[Construction] shouldn't be far away," he told South China Morning Post during a business conference in March. "We'll start soon and complete soon."

At present the title of world's tallest building is held by the SOM-designed Burj Khalifa in Dubai, which stands at a height of 828 metres. It is expected to be overtaken by the Kingdom Tower in Jeddah, which is already under construction with a projected height of over 1,000 metres.