These underpants created by British scientist Joseph Perkins are woven with a silver mesh to protect sperm from radiation emitted by Wi-Fi-enabled devices.

Perkins designed the Wireless Armour to shield against electromagnetic radiation (EMR) from smartphones and laptops, which has been linked to infertility in men.

"Using a laptop and tablet for work got me thinking about the effects of EMR on the human body," Perkins told Dezeen. "This prompted me to do some research and read the scientific literature on the subject." 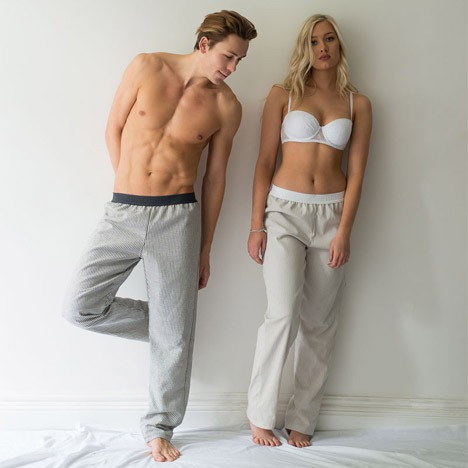 Shreddies adds pyjamas and jeans to line of fart-neutralising apparel

"Whilst these studies are not 100 per cent conclusive to date, they do show a strong enough link between Wi-Fi and sperm damage that I had to do something to shield myself."

With silver mesh woven into the cotton fabric, the briefs are designed to block the EMR from reaching the entire pelvic region.

According to Perkins, the metal's electrical conductivity dissipates the radiation and acts as an almost impenetrable barrier.

Any conductive metal could be used, but silver was chosen over copper because the latter can go green when it comes into contact with water.

Making up approximately 35 per cent of the fabric, the silver also strengthens the material to help durability.

Perkins explained that the silver fibres have anti-microbial properties, which prevent the spread of bacteria and other microbes that cause smells. British company Shreddies has also designed underwear, pyjamas and jeans to stop farts from smelling. 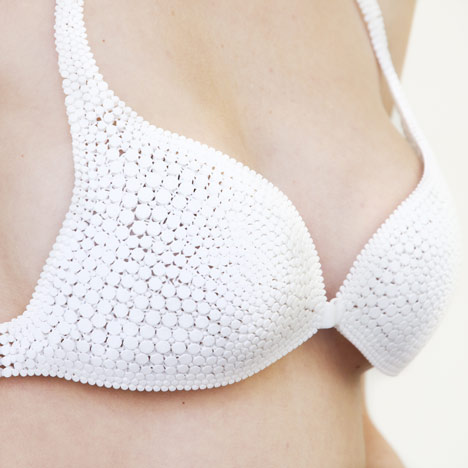 Perkins spent a year on research and development before the product was ready to market. Tests showed that the RadiaTex fabric shields against 99.9 per cent of the radiation emitted between 100MHz to 2.6GHz, which covers Wi-Fi and 4G signals.

"I insisted that the product had to look good and it took many iterations and the despair of many designers before we got to where we are now," said Perkins. "I still think we could improve a little on the styling and we are working on it."

Wireless Armour is available in two ranges, which are both machine washable. The 360 designs feature the silver fibres throughout the material, while 180 covers the front of the body.