NBBJ's concept suggests replacing all of the trains on the underground rail network's Circle Line route with a set of three travelators, which would carry commuters along the route.

Each of the three adjacent walkways would travel at a different speed, allowing commuters to start out at a manageable three miles per hour (mph) before moving across lanes of increasing speeds, up to the fastest at 15 mph.

The firm claims that this would allow pedestrians to travel the Circle Line faster than the tube trains, particularly as it removes time wasted by stopping at stations.

"The result would be considerably quicker, more enjoyable and healthier journeys," NBBJ said in a statement. 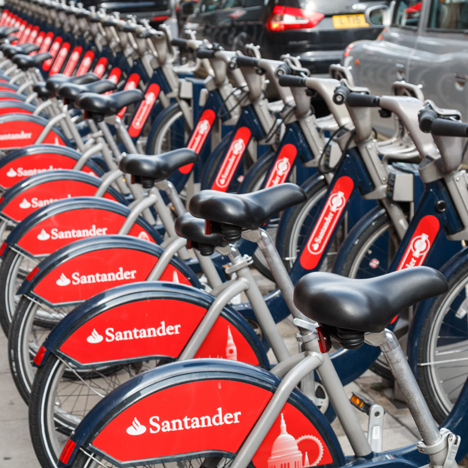 "While the Circle Line travelator would likely become one of London's most efficient and unusual modes of transport, one thing is certain: London requires creative thinking to build a healthy, happy and more liveable city for all."

The Circle Line was named after its original circular route, which was altered by an extension in 2009. The line carries 114 million passengers annually and this year celebrates its 110th anniversary since being electrified.

It's not the first time that NBBJ has proposed an unusual concept, previously suggesting "shadowless" skyscrapers that would redirect sunlight to London's public spaces by bouncing light between reflective panels.

Architecture firm Gensler has also considered new possibilities for London's tube, proposing turning abandoned tunnels into a subterranean network of pathways, which would generate electricity as people walk and cycle through them.

In south London, British entrepreneurs Richard Ballard and Steven Dring have converted tunnels underneath the Northern Line – originally built as air-raid shelters – into a hydroponic farm, that supplies local restaurants with fresh herbs and vegetables.