Two teams, from Barcelona and New York, have been awarded joint first place in a competition to design a new home for the Bauhaus Museum Dessau (+ slideshow).

The jury for the international competition selected two proposals for the new museum, which will preserve and present a collection of products created by the influential German art and design school.

Based on anonymously-presented submissions, they chose a team from Spain, including architects Gonzalez Hinz Zabala and landscape firm Roser Vives de Delás, and a pairing from New York that consists of architecture studio Young & Ayata and landscape architects Misako Murata. 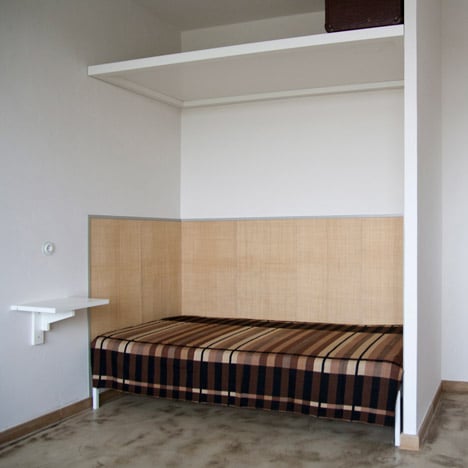 In contrast, the team from New York has proposed a group of colourful conjoined pods that create walkways beneath and between their curved shapes on a corner plot.

"The two first-prize winners are very diverse," said Chris Dercon, director of London's Tate Modern, who served on the jury. "It will be a chance to start the discussion in the international public and with experts. To be the beginning of the new, Dessau and the Bauhaus are ideal places"

Founded and initially directed by architect Walter Gropius in 1919, the Bauhaus was one of the 20th-century's most influential art and design schools. It taught Modernist principles across art, architecture, graphic design, interior design and industrial design. Subsequent directors included Hannes Meyer – from 1928 to 1930 – and Mies van der Rohe, who served until the school closed under pressure from the Nazi government in 1933.

Between 1925 and 1932 the school was based in the German city of Dessau, at a Gropius-designed building that currently serves as a museum. Visitors can spend the night in the former student rooms and dormitories in the Studio Building on the campus.

The new museum is planned for a site in the centre of Dessau, located in the city park to the south of the school building. It will include a spatial programme of 3,500 square metres, with 2,100 square metres of exhibition space. 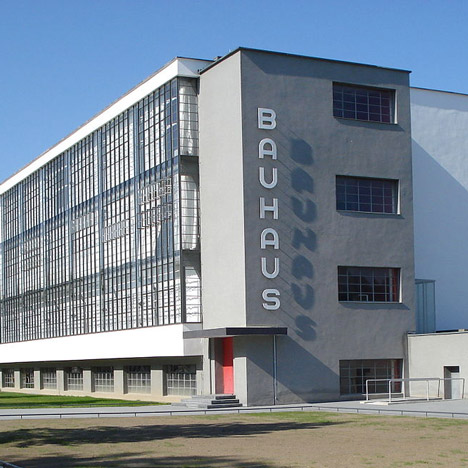 "It is good to see the potential of Dessau within such a round of an international jury," said Peter Kuras, the mayor of Dessau-Roßlau. "Two first-prize winners will start an international debate, which we will follow with large interest."

The open competition for the museum was announced in February 2015, and the building is scheduled to complete in 2019 – marking the 100th anniversary of the school's opening.

It is not yet clear how the two winning designs will be developed to create the final proposal.

"We consciously decided for an open, anonymous announcement, to offer young offices and international architects a real chance," said Bauhaus Dessau Foundation director Claudia Perren. "They have used their chance. The first-prize winners from New York and Barcelona and the other prizes are all international ones. This is a first-class competition."

As well as Dessau, the Bauhaus was located in Weimar from 1919 to 1925 and Berlin from 1932 to 1933. The complexes in Weimar and Dessau are both listed as World Heritage Sites.