Dutch firm Mecanoo has unveiled plans for a £350 million engineering school at The University of Manchester in the UK.

Mecanoo, the studio behind Europe's largest library, designed the 78,000-square-metre building to house The University of Manchester's Faculty of Engineering and Physical Sciences.

The Manchester Engineering Campus Development (MECD) will join the school's main campus on a site near The Manchester Museum in the city.

Rather than design a cluster of buildings, Mecanoo has proposed a single structure that will stretch the width of the urban block, occupying an area equivalent to 11 football pitches. It will feature cage-like detailing on its facade.

The vast scale of the new engineering campus will contribute to the school's status as the largest single-site university in the UK. 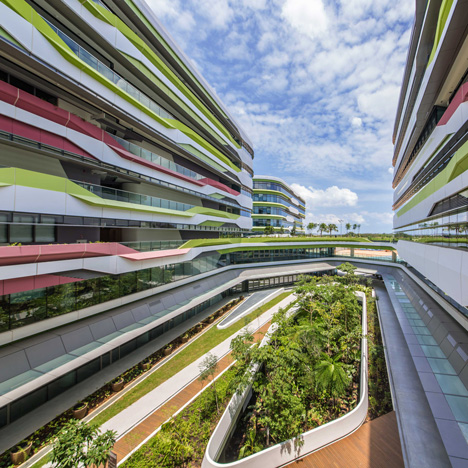 "The MECD will be one of the largest, single construction projects ever undertaken by a higher education institution in the United Kingdom and will transform the way in which the University educates future engineers in response to the needs of the fast-changing global economy," said a statement from the firm.

The build is due to complete in 2020 and the structure will provide classrooms and offices for 6,750 students, as well as 1,300 academics, researchers and staff.

"The campus will help demonstrate how UK engineering is one of the most creative industries in the world," said the firm.

Mecanoo's European projects include a maritime and beachcombers museum in the Netherlands and a sports college in Eindhoven. The firm completed its first American project earlier this summer – a brick-clad civic building in Boston.