Business news: furniture company Poltrona Frau Group has announced a partnership with Patricia Urquiola, which will see the Spanish designer take over the role of art director at Italian brand Cassina.

Poltrona Frau made the announcement as part of plans to involve the designer in the creative management of the group, which acquired Cassina in 2005.

"Patricia Urquiola will have a significant role in leading this centre of excellence where she will contribute to defining the future vision of the group, whilst meticulously keeping the identity and characteristics of the companies unique," said Poltrona Frau Group CEO Dario Rinero in a statement. 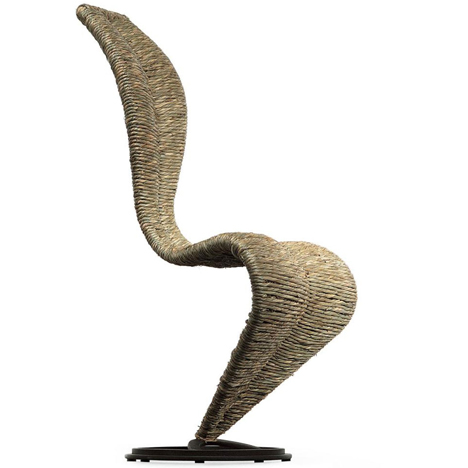 The appointment will continue the existing relationship between the brand and Urquiola, who has already art directed products and spaces at Haworth – Poltrona Frau's American holding company, which purchased a majority stake in the group in 2014.

"It's a great honour and a great responsibility to become part of a heritage, a history, an identity so important for international design," Urquiola said in a statement. The designer has previously created pieces for furniture brands including Kettal, Moroso, and Glas Italia.

"My intention is to take into consideration the company's past, its cultural background, not as a passive container, but as a systematic part of the mind, the integration of processes and the creation of an empathetic relationship," she added.

First on the agenda for Urquiola is the revamp of Cassina's New York showroom, as well as research into new products for 2016, and a year-long celebration programme for the brand's 90th anniversary.

At the 2015 Salone del Mobile furniture fair in Milan, Cassina unveiled its Réaction Poétique collection, which contained a range of wooden tables designed by Jaime Hayón to resemble iconic Le Corbusier buildings. Although Urquiola didn't present any products for the brand in Milan, she unveiled a collection of iridescent glass furniture for Glas Italia.

Architect Sou Fujimoto created a forest-like installation at Cassina's stand during the same event in 2014, which featured suspended trees held in mirrored cubes.