Frank Gehry has become the latest architect to design a boat – unveiling an entirely wooden yacht he created for himself.

He follows Norman Foster, Zaha Hadid and John Pawson into the field of boat design with his fully wooden two-sail vessel.

Gehry is a keen sailor, and has referenced the shapes of sails in a selection of his projects including the Guggenheim Museum in Bilbao and Fondation Louis Vuitton in Paris.

He has apparently wanted to design himself a boat for some time, but became too tied up with architecture. 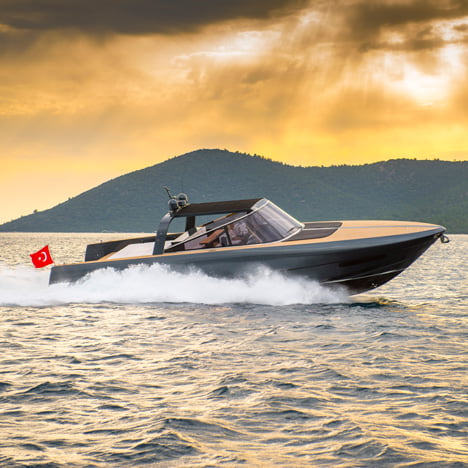 "I never had the resources before, and once I did I was busy doing my buildings," he told Town & Country.

The boat, which he began designing in 2008, features the 86-year-old architect's signature wavy shapes cut out from the deck and the sides of the hull to form windows.

These glass lattices allow light to permeate into the living and sleeping areas within the hull, which are lined with wood and carpeted with a multi-coloured pattern.

On deck, curved seats are carved into the sides of the recessed portion at the stern, where two steering wheel filled in with strips of criss-crossed wooden strips are located.

"Don't let me go too crazy," Gehry reportedly told Frers. "The boat has to work." 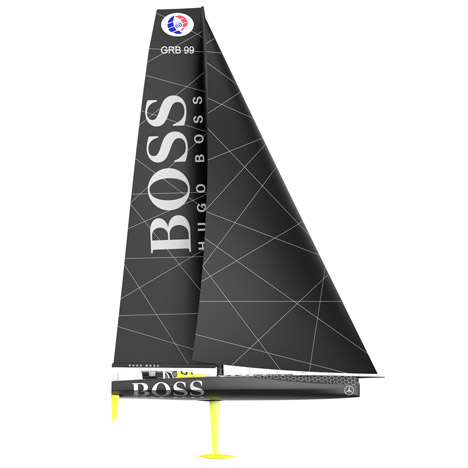 The vessel was manufactured by Brooklin Boat Yard in Maine, which specialises in "cold moulding" timber – sandwiching wood around a high-tech core to create a lighter, stronger and more durable craft than traditional planking.

Gehry was recently named as masterplanner for the LA River, and also conceived five distinct but interrelated buildings for a prominent site along the city's famous Sunset Strip.

In other naval architecture news, Konstantin Grcic has revealed a design for a round-the-world racing yacht to be operated by British sailor Alex Thomson.

Photography is by Todd Eberle.