French architect Dominique Perrault has been named the 2015 Praemium Imperiale architecture laureate – a prestigious award given by the Japan Art Association.

Perrault, whose projects include the DC Tower 1 in Vienna and two conical bridges in Madrid, is one of five winners of this year's Praemium Imperiale awards, which are given in the fields of painting, sculpture, architecture, music and theatre/film.

The winners were recognised during a formal ceremony on 21 October in Tokyo. Each laureate receives a gold medal and 15 million yen (£79,000). 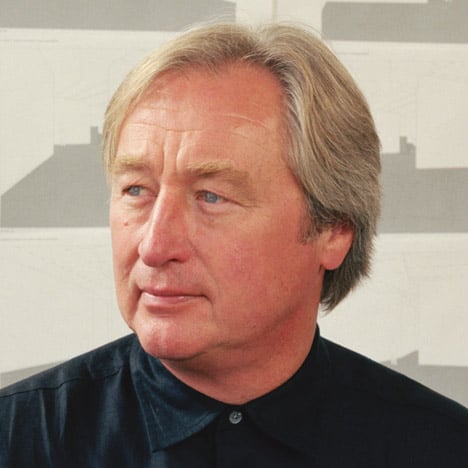 Architects who have received the award in the past include Frank Gehry, Renzo Piano, Steven Holl and David Chipperfield.

"The prize has become a powerful voice for the importance of cultural expression in today's world, bringing international attention to the arts in much the same way as the Nobel Prize brings attention to the sciences," said the Japan Art Association in a statement.

Born in the French city of Clermont-Ferrand, Perrault studied at the Ecole Nationale Supérieure des Beaux-Arts de Paris and launched his own practice in 1981.

He won the competition for the National Library of France in 1989 and completed the project six years later, at the age of 36. The building is partially buried underground and features a large garden at its centre. The design initially was criticised but has gained respect over time.

Other projects by Perrault include the Velodrome and Olympic Swimming Pool in Berlin, the Court of Justice of the European Union in Luxembourg, and the Albi Grand Theatre in Albi, France. In Japan, he designed the Fukoku Tower in Osaka and the Noh Theatre in Tokamachi, a city in the Niigata Prefecture.

He currently is working on a refurbishment of the Dufour Pavilion at the Palace of Versailles and the new Longchamp race track in Paris.