At the beginning of this year, the American Institute of Architects rejected a petition calling for it to censure architects who designed solitary confinement cells and death chambers for American prisons.

The petition, which attracted more than 2,000 signatures, and the AIA's response, briefly focused a now long-established debate about the culpability of architects in supporting the atrocious moral swamp that is the American prison system. It's a debate that is echoed, at varying volumes, wherever architecture is practised and prisons are built – which is to say, pretty much everywhere.

"It's just not something we want to determine as a collective," former AIA president Helene Combs Dreiling told the New York Times's architecture critic Michael Kimmelman. "Members with deeply embedded beliefs will avoid designing those building types and leave it to their colleagues... Architects self-select, depending on where they feel they can contribute best."

'Would you design a prison?' has become one of the profession's ethical shibboleths

This laissez-faire approach isn't exactly impressive, but she's right in one regard: architects do self-select. "Would you design a prison?" has become one of the profession's ethical shibboleths.

Take Zaha Hadid's 2013 answer to a CNN reporter's question as to where she drew the line. "As an architect, if you can in any way alleviate an oppressive situation, or elevate a culture, then I think that you should," Hadid said, defending her practice's work with some of the world's less pleasant regimes. "It's different if someone asks you to build a prison – I wouldn't do it. But if I'm doing a museum or a library, I think that's different." 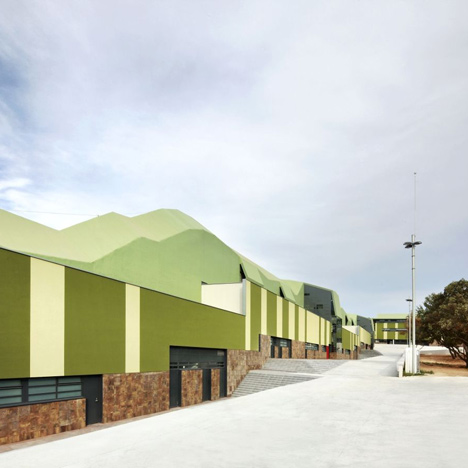 Architects can now rehearse this question in the comfort of their own home with Prison Architect, a new PC game from Introversion Software, which was officially released this month. "Officially" because Introversion is a small, independent developer and, as is now fairly common practice for small, independent developers, has had the game in open alpha for several years. This allows players to buy test versions of the game as a way of raising funds and getting early feedback on game mechanics and bugs. So what we now have is the polished, stable, fleshed-out, beautiful version of a project that has already sold more than a million units, earned almost $20 million, and has been attracting attention, accolades and controversy for months.

Prison Architect follows in the grand tradition of design and management games such as Dungeon Keeper, Railroad Tycoon and Theme Hospital, which have been keeping this writer entertained since he was a teenager.

Games can be designed to make powerful moral arguments

Management simulators have ventured into some pretty dark territory in the past. Dungeon Keeper, an evergreen classic of the genre, was a raucous exercise in literal anti-heroism and bathed in gore and torture. Theme Hospital had death and disease. But the former also had a jokey fantasy setting, and the latter was cartoonish and farcial. Prison Architect might have a pretty, toy-like look and simple, cute moving shapes for its inmates, guards and workers, but its aim is detailed realism in the present-day world of the (American) prison system. It is rife with violence, hard drugs, brutality and squalor.

The racist torture hives that America calls prisons are a deep stain on the country's soul, made exponentially more vile by the fact that many are run for private profit. (The UK has no cause to be smug in this area, incidentally, and the situation here is worsening daily.)

When Prison Architect was first announced, some considered it to be in poor taste. What next? Concentration Camp Tycoon? As a matter of act, a game along those lines already exists: it's called Train and it was designed in 2009 by Brenda Braithwaite. The trick is that players don't understand at first that they're transporting innocents to a concentration camp, they are simply trying to solve a logistical problem involving loading boxcars. Only later are the precise nature of the human freight and its destination revealed, and the intention is to make a point about awareness and complicity: break anything down into a series of limited practical problems to be addressed and the monstrous totality of what is being done swims out of view.

The architect can start plotting out the prison of their dreams

Games can, if minded, be designed to make powerful moral arguments. They can also be very strong works of satire, a genre at which computer games have proved acute and adept.

If we are to believe that computer games can be a grown-up part of our culture – as I do, despite the rampaging juvenility of the self-appointed defenders of "gaming" – we also have to extend to them the freedom of expression we cherish in other arts, and deny that there are places they simply cannot go. 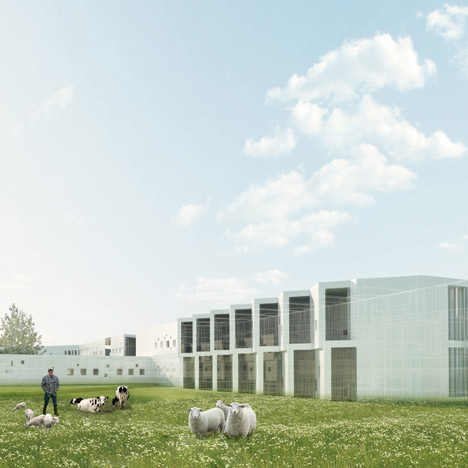 It all depends on how it's done, of course, and a game like Prison Architect must walk a fine line. Before it does anything else, it has to entertain. Failure on that count would not only means that it fails as a game – it also fails any other objectives it might have, as a satirical or polemical point is wasted or betrayed if the game is not played.

There's a somewhat heavy-handed "campaign" mode, but the real appeal for the design-minded is the regular "sandbox" mode, in which the player has an acre of dirt, a few workmen and the chance to Bentham up an ideal prison from nothing.

Getting an operational prison running from nothing is challenging in itself. The situation will be familiar to anyone who's played a management sim: a lot of infrastructure to lay down with very little immediate reward.

If you desire, you can set up a sprawling Panopticon of punishment that operates like a battery farm

The earliest effort is normally a simple block containing a holding cell – a large room filled with beds and toilets – and additional facilities such as kitchens and canteens, without which your prisoners will starve, but not before rioting the place to ashes. Once this basic module is in place, it can be steadily expanded with more and more specialised facilities and areas.

Money permitting, of course. The player earns money in a number of ways. The prison receives a small regular income per prisoner, and each fresh batch of prisoners brings with it a one-off bonus payment. The player can also apply for grants, which pay a nice cash bonus up-front and a further payment once certain objectives are completed – building an infirmary, for instance.

The game quickly settles into a rewarding pattern of expansion, consolidation and improvement as new wings are built, existing facilities improved and additional land can be bought. Your teeming complex looks very cheerful and pretty indeed. You, the architect, can start plotting out the prison of your dreams, whatever form that might take. In theory.

In practice, the game steers you quite subtly towards certain conclusions. The income model is geared to encourage constant growth. There's never a shortage of new prisoners, busloads will arrive every morning unless you specifically set intake to zero. The income from existing prisoners is puny, and the one-off premium for accepting new inmates much more attractive. And grants only pay out in full when growth targets are met.

Even built with the best of intentions, a prison can turn into a filthy, violent hellhole overnight

There's no incentive to just leave things ticking over – you have to build, build, build. And pretty quickly you wonder why you have all these prisoners sitting around all day doing nothing when they could be put to work in prison industries. And that's when the income really starts to flow.

If you desire, you can set up a high-security Hell, a sprawling Panopticon of discipline and punishment that operates like a battery farm, squeezing every luckless convict and square metre for every possible dime. Some of the builds on Introversion's blog are the stuff of nightmares. And design along these lines brings its own administrative challenges.

Or you can try to set up and run a comfortable, functional, clean and humane facility – a "nice" prison. And here the game really starts to dig in.

Even when built with the best of intentions, a prison can turn into a filthy, violent hellhole practically overnight. Time and again, I tried to build pleasant Scandi-style prisons of small cell blocks with individual cells, windows, and ample meals, showers, recreation and education, only for them to go Shawshank on me.

The player is naturally guided towards inexorable and ambitious expansion (with associated strain on conditions) and to turn his or her lockup into a buzzing labour camp.

The player never sees the cities, police or courts that are supplying the unending stream of prisoners. They're the only really abundant resource in the game, there to be admitted in as large numbers as possible and managed for profit. When the player is new to the game, incidents of violence between prisoners and guards are shocking and unpleasant, and you naturally seek ways to understand why they happened and prevent recurrence. As your prison grows they just sink into the background. Bloodshed comes to have "acceptable" levels, balanced against the prison stock price and value.

In the end, Prison Architect does a lot to subvert the assumptions of management sims as a genre, and their cheerful spirit that bigger is better. The player begins to wonder what the goals truly are – simply to expand forever? To maximise rehabilitation? To make money? To treat prisoners fairly and humanely? To punish and control? You can do all of those things, some easier than others.

Prison Architect is a graveyard for the utopian spirit, where grand plans and noble ambitions go to die. This, in itself, should provide a valuable lesson for architects who feel they may be able to bring something of value to prisons. Their intentions count for almost nothing: the mechanics of the game, the structure of the society surrounding the prison, will affect the outcome far more than their pure motives.