Business news: "bemused" by Black Friday retail frenzies, UK furniture brand Vitsœ is closing its stores on 27 November to protest against the culture of discounting products.

"At Vitsœ we are bemused by the spread of Black Friday," said a statement titled Black Friday Insanity on the company's website. "Surely it promotes the polar opposite of the needs of our fragile planet."

"Artificially stimulating sales to encourage a short-term desire to spend is antithetical to a world of depleting resources in which our purchasing decisions must be considered ever more carefully," it continued.

Black Friday takes place after Thanksgiving in the USA each year, when retailers slash prices of goods for a day to mark the beginning of the Christmas shopping season.

The event is quickly taking hold in other parts of the world, with more stores in more countries cashing in on the opportunity to sell-off old stock every year.

Vitsœ has decided to simply close its stores in London and New York on Black Friday, which falls on 27 November 2015. The brand also has stores in Los Angeles and Munich (main image).

The brand is the exclusive worldwide licencee of products by German designer Dieter Rams, the former head of design at Braun, including the 620 Chair and 621 Side Table. 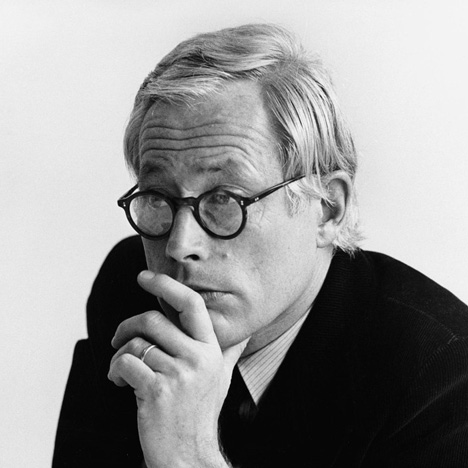 "At Vitsœ we have always designed and built furniture for the long term," said the brand. "We have always offered a single, fair, honest price – avoiding discounts and sales – so that our lifelong customers can buy whenever they need."

The term Black Friday was allegedly coined by police in New York and Philadelphia in 1961. The day has become associated with large crowds and even occasional violence as shoppers vie for the best deals.

Vitsœ's announcement follows a previous marketing campaign, for which the company made a movie (above) decrying the production of goods that are purposefully created with a limited life.

"A few years ago we made a video about the phenomenon of planned obsolescence, which drives discount culture and its massive waste of natural resources," said Vitsœ. "Unfortunately it is still relevant today."

The campaigns are part of a wider move towards "anti-marketing" within design. Earlier this year, Dezeen Watch Store launched a tongue-in-cheek campaign titled Buy a normal watch in response to the release of Apple Watch.

Hella Jongerius and Louise Schouwenberg also took a negative approach to get their point across, publishing a manifesto during Milan design week calling for an end to "pointless products, commercial hypes and empty rhetoric" in design.