Paris-based JUNG Architectures has converted a former French leper colony into a gallery, adding an zinc-clad extension that can be used for wine tasting (+ slideshow).

Located in the Burgundy region of France, the Léproserie de Meursault was originally constructed in the 12th century by Duke Hugh II to quarantine people suffering from leprosy.

Since then it has undergone many renovations, before being converted into an agricultural farm in the 19th century.

"Its first use was as a medical house that welcomed and cared for the sick and the poor," said architect Jean-Claude Caledonien. "Our intervention came following a history of additions and subsequent destructions." 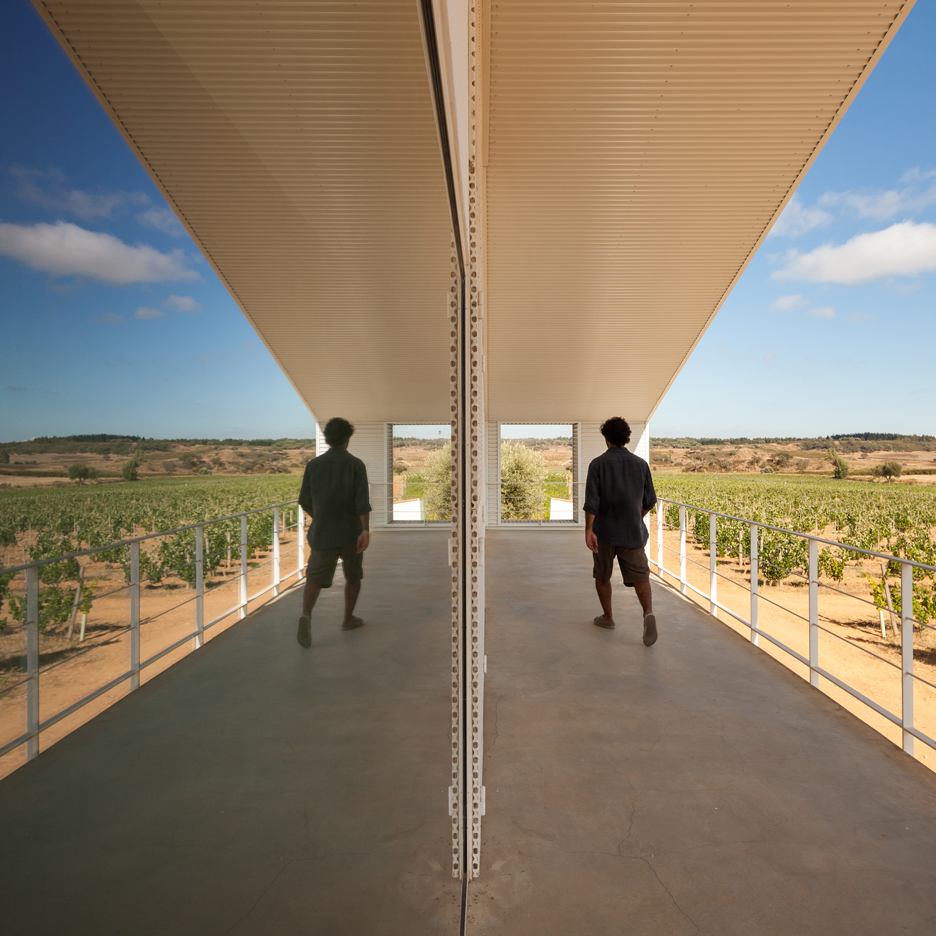 Through these changes of use, the majority of the building's walls were demolished.

JUNG Architectures and heritage architect Simon Buri began by rebuilding its walls and internal structure to create gallery spaces that will host a range of temporary exhibitions, before creating an additional building for wine tasting.

Lined with wooden panels throughout its interior, the extension is covered in Azengar zinc – a typically whiter and more rough version of the metal.

"For the extension we were searching for a material to create a monolithic shell," Caledonien told Dezeen. "We decided to use Azengar zinc, and this is one of the first times it has been used in France."

Long neon lighting tubes are suspended across the ceiling on metal rope, while small arrow slit like windows puncture its walls. When not used for wine tasting, the space will host public events for Meursault's town council.

In the existing building, derelict sections were rebuilt using traditional construction methods. What was once the gatehouse has become a tourist information office, while the Chapel and the Room of the Poor are now grouped together to form exhibition spaces.

Zinc is often used to update existing buildings. Architecture office Penoyre & Prasad used it to cover a London art college, while Dutch studio Shift applied it to the exterior of a dental surgery in the Netherlands.

Photography is by Martin Argyroglo.