The designer explored ways of converting the birds into furniture materials after an outbreak of H5N8 avian flu in the Netherlands resulted in the slaughter of flocks to prevent the disease from spreading.

Van Spronsen researched methods of rendering the virus harmless, and discovered that by heating the chicken to 70 degrees celsius for at least three seconds it could be cleared. 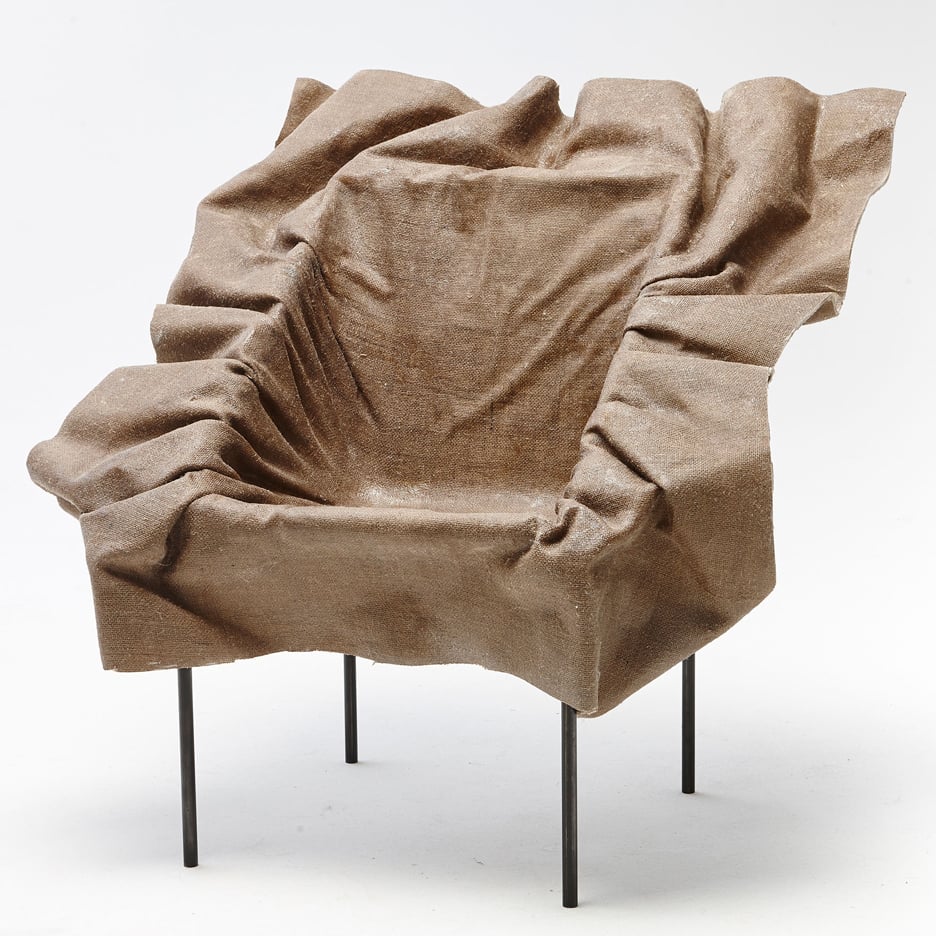 The designer experimented with ways of using parts of the bird in materials, including leather made from chicken feet, ceramic from bone ash and composites made from feathers.

"As a designer and human being I could not get past the enormous amount of chickens that are culled and destructed after bird flu outbreaks," she said.

"It's the ultimate waste of our overproduction, and the chicken itself is neglected completely," she added. "So I brought a last homage to these H5N8 bird flu chickens, by transforming them into design materials and ultimately by designing objects with the materials."

The H5N8 stool is constructed from dyed chicken feathers that have been set in bio-epoxy resin. Although it appears to be shaped like a soft pillowcase, the stool is solid.

"Chicken feathers find their way in innumerable consumer products, from car tires to shampoos," said van Spronsen. "Where they normally always remain invisible I wanted to show them in a poetic way."

The H5N8 urn has been 3D-printed using a combination of ash collected from cremated chicken remains and clay, and features a spiky exterior that resembles the virus as seen under a microscope.

Van Spronsen showed the furniture during Dutch Design Week 2015, which ran from 17 to 25 October.