Design Miami 2015: US firm Aranda\Lasch has used stainless steel tubes to create a series of sculptural chairs that look like they were squeezed out of a tube (+ slideshow).

Called Railing, the new collection will be unveiled at Design Miami 2015, which runs from 2 to 6 December.

The studio is releasing two chairs and a stool, and it intends to add other furniture pieces to the line in the future.

The Railing collection builds on the studio's research into modularity.

Each chair is composed of curved steel pipes that are fused together. The system enables bespoke pieces to be created from the same set of pipes.

To add comfort, the designers wrapped the seat portion of the chairs with silicone foam or hand-sewn leather.

"Railing is an exploration of structural modular loops that are upholstered like handle-grips to become furniture," said Aranda\Lasch.

Each piece is conceived as a single loop consisting of multiple circles.

"Here, the circle does not display the qualities it is most known for, but it is what a circle can be," the studio explained. 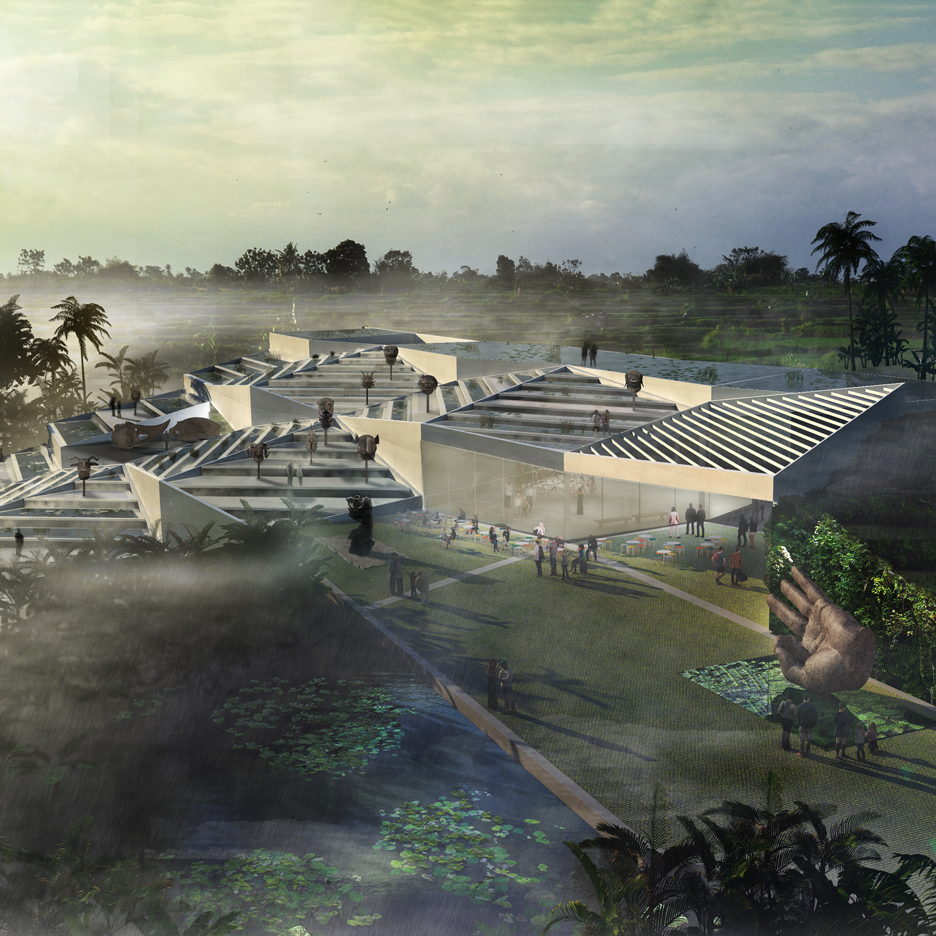 "It is not whole or complete but is instead growing into itself. It is a circle that refuses its own dimension and finitude, that struggles to be endless," the firm said.

The chair titled R1 resembles a bench in terms of its proportions, while the R2 stool calls to mind a coiled snake.

The third chair, R3, is most closely aligned with a cafe chair. All of the pieces are offered in a variety of colours.

"Though the pieces in the collection vary in size, shape, function and complexity, each one carries the same logic of a single line that curves through a lattice of fractal circles and comes back to itself to form a continuous loop," the studio said.

Aranda\Lasch was founded in 2003 by Benjamin Aranda and Chris Lasch. The multidisciplinary firm – which has offices in New York and Tucson, Arizona – recently completed its first building: the Art Deco Project, a commercial structure in the Miami Design District for luxury retailers.

The firm also has a project exhibited at the Chicago Architecture Biennial 2015, which runs until 3 January 2016. The project, called Budidesa, is an art park slated to be built on terraced rice paddies in the Bali countryside. The development will also include a family home for Budi Tek, a Chinese-Indonesian entrepreneur, philanthropist and art collector.

Other projects by Aranda\Lasch include a seating installation made of foam pyramids, which was on view at Venice Architecture Biennale 2010, and a temporary pavilion designed for the Design Miami collector's fair in 2008.