To create each Marble vs Bronze table, the studio digitally mapped the veins of large slabs of marble and used the data to decide which areas to cut into using a water jet. 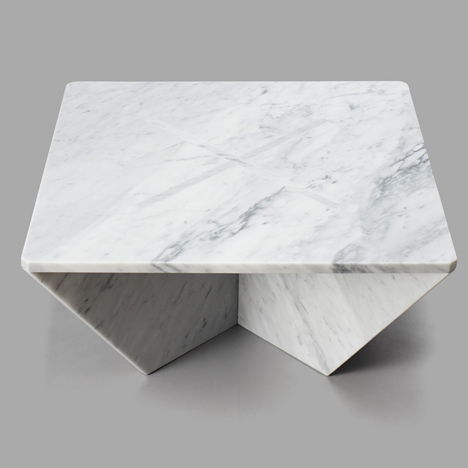 Large and small blob-shaped sections were then removed and filled with bronze, which extends into legs at the corners of the table.

The inner part of the tabletop features smaller irregular bronze shapes, while the alloy coats the sides of the table and provides structural support.

"This project was born in an idea that was surrounding our studio about the tension between transcendence and tradition and how this idea could be articulated in the physical world," the studio's Guillermo Parada told Dezeen.

"At the same time we were experimenting with some disparate materials to create structural collaborations between each other, and we found a perfect fit for this idea in marble and bronze," he added.

The production process means each table is unique, with the arrangement of the bronze depending on the veining of the marble slab.

The studio has combined unusual pairs of materials in the past, creating a collection of porcelain lamps that featured dimmer switches made from lumps of lava. 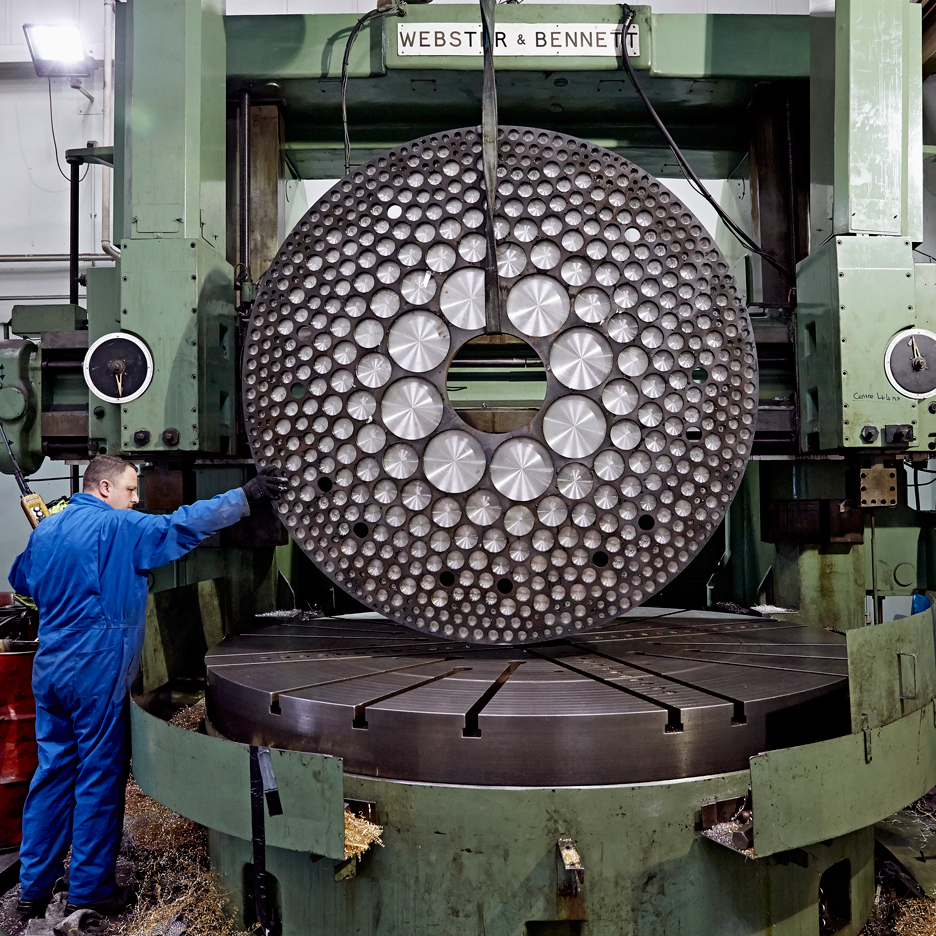 It also designed a lamp which was encased in plastic that had been covered in alpaca hair woven into felt.

Marble has been enjoying a renaissance in contemporary design over the last two years. Dezeen examined the growing popularity of the material during the 2014 Milan design week, where designers including Zaha Hadid, Konstantin Grcic, Naoto Fukasawa, Jasper Morrison and Scholten & Baijings all debuted products in the material.

Other studios that have used marble recently include Note Design, which created mixed-and-matched tables for furniture brand Menu, and Zaha Hadid Architects, which carved pleats into the surfaces of vases and tables made from different varieties of marble.

The Marble vs Bronze coffee table is just one in a forthcoming collection of similar furniture by GT2P, which will include a dining table, shelving and benches.

The table will be shown at Design Miami 2015, which runs from 1 to 6 December.