The aircraft is on show as part of this year's Art Basel Miami Beach fair, which runs at the same time as Design Miami.

A blue gradient covers the entire aeroplane, including the windows and cockpit. It blends from dark at the top to light underneath.

"We were especially interested in exploring the phenomenon of an ombre sky – that moment at dawn or dusk, when the sky creates a perfect gradient transition from light to dark," said Snarkitecture cofounders Alex Mustonen and Daniel Arsham. 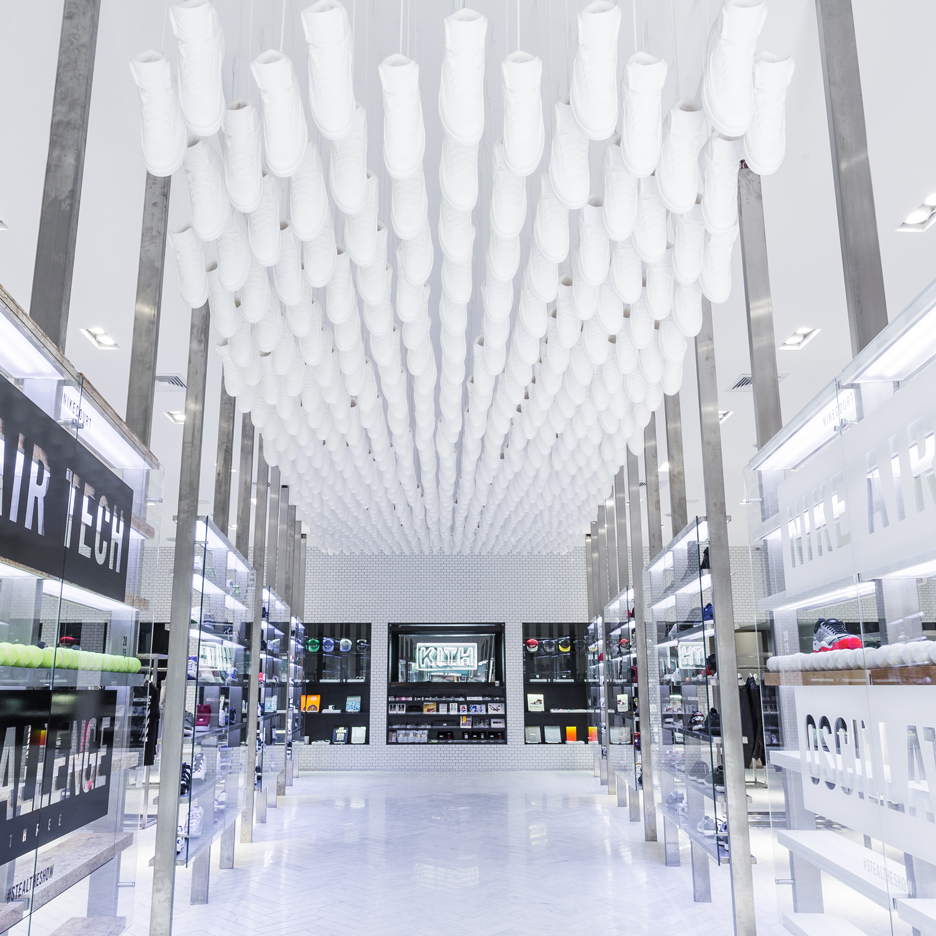 "The effect is especially remarkable when viewed from the window of an airplane and it intimately connects the experience of flying with the surrounding infinite expanse of sky," they added.

Gradients of colour occur naturally across the sky when light refracts through the Earth's curved atmosphere.

"We wanted to translate this phenomenon onto the exterior of the plane to create a memorable and unexpected moment for Art Basel week," said the duo.

The aeroplane can accommodate up to thirteen passengers, and also features a customised interior created in collaboration with manufacturer Bombardier – the company that is also building the trains for London's Crossrail.

Seating and in-flight entertainment has been tailored for the design, and Nespresso coffee machines can be found on board.

Snarkitecture has previously patterned clothing with motifs based on subway tiles and filled a space in a Washington DC museum with nearly one million plastic balls.

This year, the studio designed a tunnel-like installation for COS in Milan and used steel sheets to create a pop-up shop for the fashion brand in Los Angeles.

Both Art Basel Miami Beach and Design Miami are taking place from 2 to 6 December 2015. For the 2012 edition of Design Miami, Snarkitecture installed a facade of inflatable sausages in front of the temporary venue that hosts the event each year.