British airline EasyJet and engineering company Rolls-Royce have run a commercial aircraft engine on hydrogen in what they claim is a "world first", potentially paving the way for the decarbonisation of plane travel.

The companies trialled the engine in a ground test at the UK Defence Ministry's Boscombe Down aircraft testing site using renewably-made green hydrogen and a converted Rolls-Royce AE 2100 – a regional aircraft engine.

The engine is considered an early concept demonstrator, so the technology is still in its infancy. But both Rolls-Royce and EasyJet say they are committed to proving that hydrogen can be a safe and efficient zero-carbon fuel for civil aviation.

"We are committed to continuing to support this ground-breaking research because hydrogen offers great possibilities for a range of aircraft," added EasyJet CEO Johan Lundgren. "That will be a huge step forward in meeting the challenge of net zero by 2050."

The test, which the companies claim was a "world first", used green hydrogen supplied by the European Marine Energy Centre and created with the help of wind and tidal power in Scotland's Orkney Islands.

This renewable electricity was used to power an electrolyser, which separates hydrogen from water in a process called electrolysis.

To maximise the amount of hydrogen that fits into a tank, the gas is compressed to a pressure of 200 bar – equivalent to around 200 times the atmospheric pressure on Earth.

Rolls-Royce's AE 2100-A engine was converted to combust this hydrogen instead of conventional fossil fuel-derived kerosene.

Rolls-Royce and EasyJet now plan to analyse the test data to improve their understanding of how to handle and operate hydrogen as an aviation fuel. 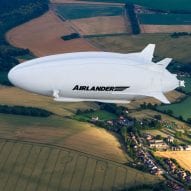 The partners are also planning future tests, starting with further ground tests before they move on to carrying out test flights.

They also plan to bring in a jet engine, the Rolls-Royce Pearl 15. This is more powerful than the AE 2100-A, which is generally used for smaller turboprop planes.

As signatories of the United Nations' Race to Zero campaign, both Rolls-Royce and EasyJet are committed to achieving net-zero emissions by 2050 in an effort to keep global warming below the crucial threshold of 1.5 degrees Celsius.

Coming up with an alternative aviation fuel is a huge challenge for airlines, which currently contribute about 2.5 per cent of global CO2 emissions.

Green hydrogen is seen as a possible solution because it is made using renewable resources – green energy and water – and theoretically could see planes emit only water when used as a fuel.

There are several potential ways to use hydrogen in an engine, including as a liquid rather than a gas and as a fuel cell rather than through combustion. 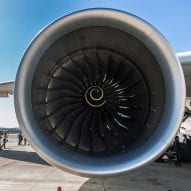 However, critics have doubts whether jet planes will ever have the capacity to carry as much hydrogen as is needed to make their long journeys, and it is likely that aircraft would need to be quite heavily redesigned.

Several small hydrogen-powered aircraft have already flown, including those from aircraft developer ZeroAvia. Among the large airlines, Airbus is also pursuing the use of hydrogen, and in 2020 revealed three concepts for future aircraft powered by liquid hydrogen.

Rolls-Royce Holdings is the world's second-largest maker of aircraft engines after General Motors and revealed its net-zero strategy in 2021. The company is separate to Rolls-Royce Motor Cars, which is wholly owned by the BMW Group.